Days of Being Sleepy

SUZHOU, China - So my initial plan of trying to update every day with pictures of places visited during a particular day hasn't quite worked out, mostly because I've had little time to spend parsing through photos taken for a particular day on my Canon Powershot SD400 and picking and choosing the best (or least embarrassing) ones. By the time we all got back to our hotel rooms in the Great Wall Sheraton Hotel in Beijing the past three days, we've usually had to get ready for bed in order to wake up early (about 6:30 a.m.) every morning for the day's activities.

On the other hand, I might as well have used all the valuable time I wasted tossing and turning in bed the past three nights---trying desperately to sleep but never quite finding the will until, say, around 2 a.m., if I'm lucky (which I was last night...before I had to wake up at around 5 a.m. to pack up and catch a plane to Shanghai Hongqiao International Airport)---to post on this blog. Yes, readers, jet lag has caught up with me with an unexpectedly hard-hitting way, it seems. I expected to have trouble sleeping the first night (I finally got maybe an hour or so of deep sleep before waking up to a 6:30ish wake-up call), but then I spent the next night struggling in bed 'til about 2:30 a.m., and then doing same for about half the night last night. It sucks: after long days of traveling and sightseeing, I feel tired and sticky throughout the day, but then when it comes time to channel all that fatigue into the act of dozing off, I can't seem to do it. These days, then, I seem to be operating mostly on power naps in planes or vans, sometimes in uncomfortably close quarters.

Well, I'm about to hit a pillow here in the Suzhou Grand Metro Park Hotel in a little less than a half-hour, so we'll see what transpires tonight.

In the meantime, here is an extremely brief selection of photos taken from Tiananmen Square and the Forbidden City, two places we visited on Saturday, with a bit of annotation. More photos will hopefully be coming in forthcoming days, and more details and overall impressions will probably come after I return from China on June 1.

No, no tanks on Saturday, but there was a police presence that forced everyone off the square earlier than expected. 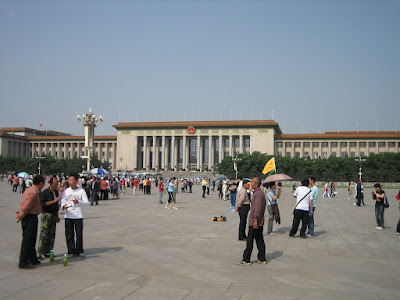 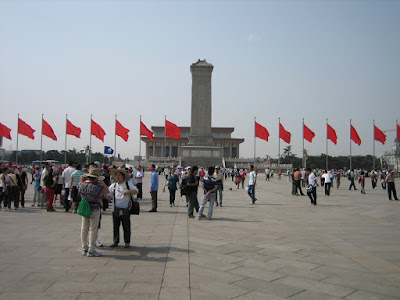 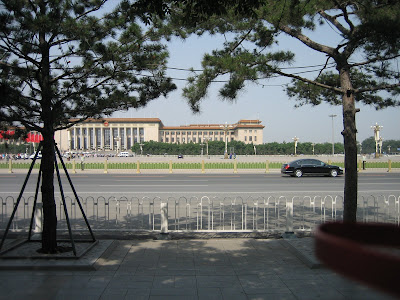 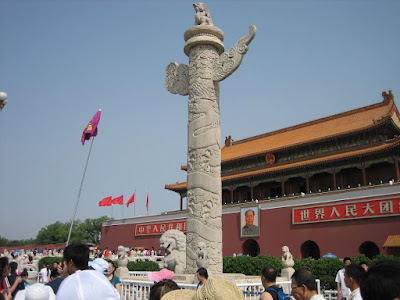 This makes me want to finally check out The Last Emperor! 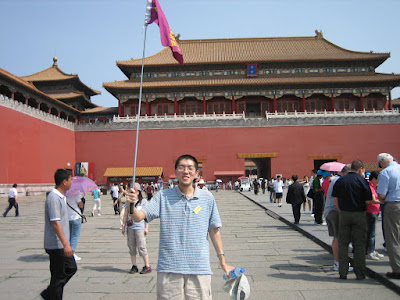 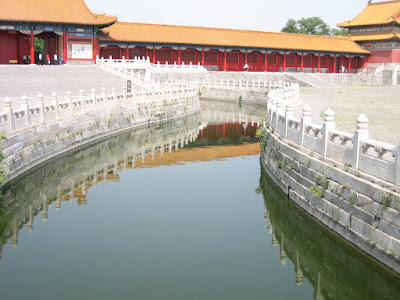 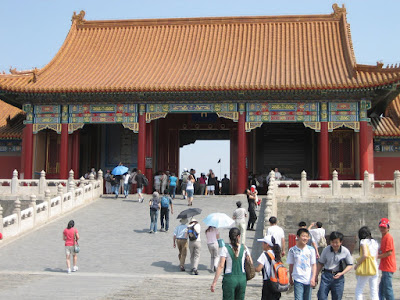 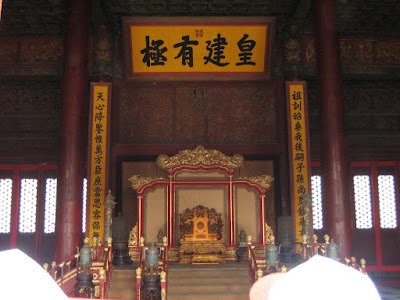 One of the two guardian lions pictured below are male, and the other is female. Can you guess which one is which? Hint: note what's in the paws of each respective lion. 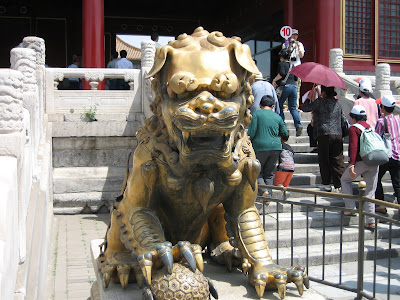 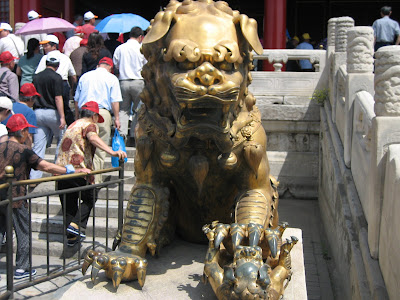 Supposedly you touch this tree below and it wards off cancer. 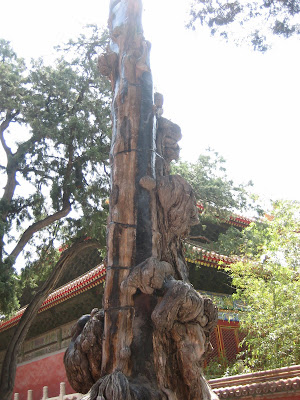 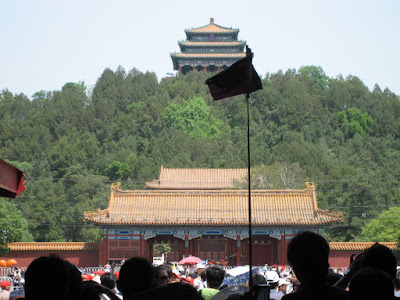 Very nice pictures, Kenji. The gilded lion statues are photogenic. I hope you get a chance to enjoy a mouth-watering Peking Duck dinner!