South by Southwest 2011: A Whole Bunch of Films in Two Dispatches

NEW YORK—I guess, in the last few days I was in Austin, Texas, for South by Southwest, I managed to crank up my film-watching output to the point that, while I found time to write up one final dispatch before I left on Saturday morning, I wasn't able to keep up on this blog. So consider this my way of catching up, now that I've been back in New York for a few days. 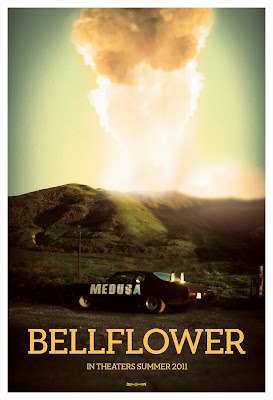 Here and here are my last two dispatches from a mostly successful festival. Unlike my first three dispatches, in which I covered one film apiece, I manage to cover nine films in my last two. Among them are two of my other top favorites of the festival, Takashi Miike's enthralling 13 Assassins and Evan Glodell's gloriously nutty debut feature Bellflower. And yes, I do say a bit about the narrative feature that more or less swept the South by Southwest awards, Robbie Pickering's Natural Selection, which I did not love as much as the majority of South by Southwest audiences apparently did.

Soon enough, I'll post something on this blog about the festival experience itself—the good memories, the disappointments and everything in between. I even have (some) video to go along with it!

Looking forward to reading your expanded take on SXSW. Been enjoying the blog for a couple months now!