Nine Types of Light at a TV on the Radio Concert 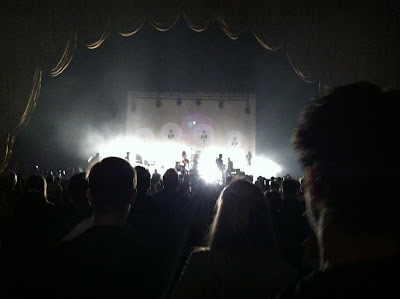 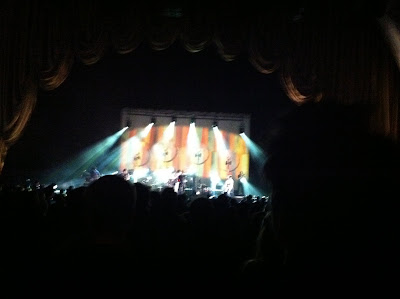 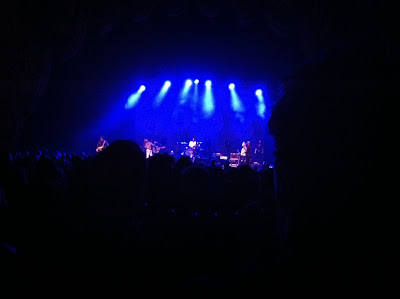 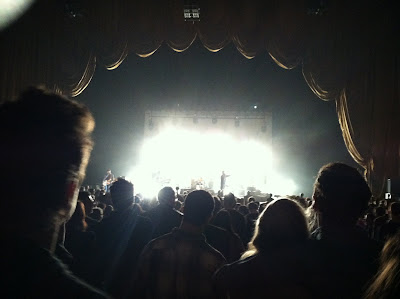 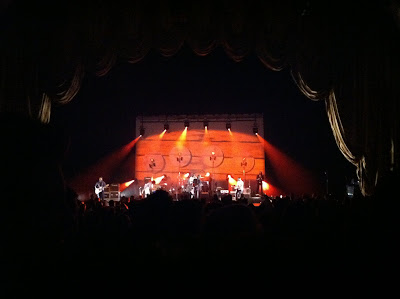 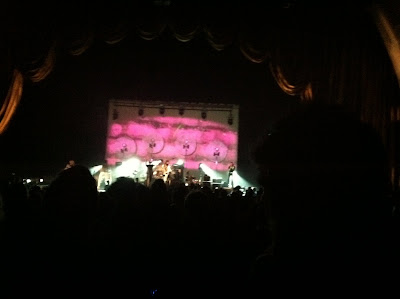 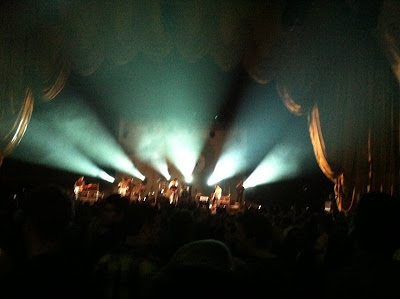 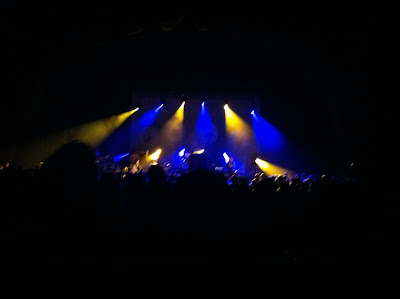 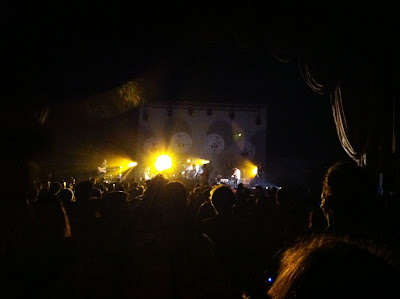 I would have also had video to accompany these iPhone-captured photographs of a by-and-large terrific show, but for some reason—as a result of probably unfounded jitters over whether I was allowed to record any part of the concert or not (clearly, I've been to too many classical concerts and not enough rock concerts)—I ended up not taking any...

...which made the discovery of this video below just a tad gut-wrenching (I could have fuckin' shot that!). But hey, I snoozed (not literally, of course) and I lost. I'll just embed the video here and thank the user by the name of hashmagazine for shooting it and posting it on YouTube:

The song Tunde Adebimpe & co. is performing in that video is named "Repetition," by the way, and it's possibly my favorite cut off their latest album, Nine Types of Light—thus the oh-so-clever title of this post. It's an excellent album, by the way, a worthy complement to their previous—and, to my mind, best-to-date—album Dear Science (2008). If their first two albums, Desperate Youths, Bloodthirsty Babes (2004) and Return to Cookie Mountain (2006) both, to a certain extent, made the tension between intellect and emotion a major theme of their music, in Dear Science, TV on the Radio seemed to finally embrace their wild Dionysian side (yes, rather ironic given its title); it's the first time I actually found them rousing fun to listen to instead of just "interesting" to hear. Nine Types of Light, thankfully, continues in that soulful, funky vein...and there was certainly a lot of joy to be had at their Radio City Music Hall concert on Wednesday night! Especially considering that that was my first time ever stepping into that famous venue!
Posted by Kenji Fujishima at 4/15/2011 03:15:00 PM