A Self-Promotion Catch-Up of Epic Proportions

BROOKLYN, N.Y.—As many of you could tell, I indeed have been slacking mightily in keeping this blog active...but this week has been a bit of a lighter one than I expected—perhaps a welcome calm before the storm that is Tribeca Film Festival, which I'll be covering for Slant Magazine again this year—so now I have a bit of time to catch up on promoting things I've been writing in the past couple of months. 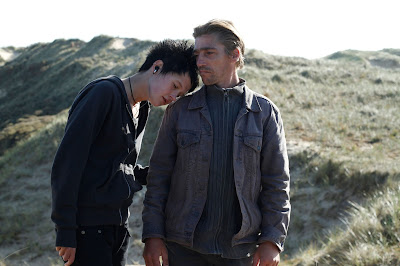 So let's go all the way back to January, when, over at In Review Online, I wrote this review of Hors Satan, the latest film from French filmmaker Bruno Dumont. Good movie—maybe not quite as good as I remembered it from Toronto International Film Festival back in 2011, but still a fascinating watch.

Then came three reviews for Slant Magazine. The "best" of the trio, relatively speaking, was The Sorcerer and the White Snake, a martial-arts spectacle that didn't entirely leave me unaffected—I admit, the romance aspects sort of got to me towards the end—but which can't help but pale by comparison to the splendors its director, Ching Siu-tung, once unleashed in films like A Chinese Ghost Story (1987) and Duel to the Death (1983). You call that CGI "state-of-the-art"???

But at least I found that more passably entertaining than either the egregiously hagiographic Mumia Abu-Jamal documentary Long Distance Revolutionary: A Journey With Mumia Abu-Jamal (reviewed here) or, worst of all, the insufferable glorified globalization sitcom Shanghai Calling (here).

Later in February, I gave a second look to Gebo and the Shadow, the latest film from that seemingly ageless Portuguese auteur Manoel de Oliveira (he's 104!), and wrote this up over at The House Next Door as part of its coverage of Film Comment Selects, a local festival hosted by the renowned film magazine. If nothing else, the film offers a master class in making something truly cinematic out of the theatrical. 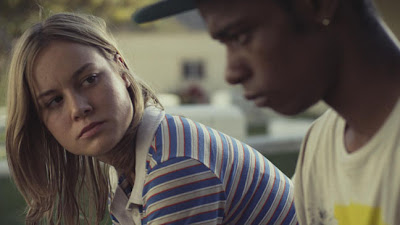 Fast-forward to March. I went to South by Southwest for the third year in a row! I ended up filing these five dispatches from Austin, Texas:

The Incredible Burt Wonderstone and V/H/S/2 (here)
Prince Avalanche and Drinking Buddies (here)
Museum Hours and Spring Breakers (here)
Downloaded, Touba and Before You Know It (here)
Cheap Thrills (one of the worst of the festival) and Short Term 12 (one of the best) (here)

And finally, I reviewed Bob Byington's ne plus ultra of deadpan comedy Somebody Up There Likes Me (no relation to the Robert Wise boxing picture with Paul Newman)—a review that apparently so annoyed a certain well-known film critic with my suggestion that Byington might actually be doing something somewhat Robert Bresson-like with his style that he made an offhand dismissive comment about it in this comment thread at the film site Letterboxd. I'll, um, take it as a compliment that I engendered some kind of reaction, however contemptuous. (As for whether I'm just full of shit, well, you should just watch the film for yourselves and decide.)

Speaking of Letterboxd: In between not blogging here and handling all the other crap in my life (occasional existential crises included), I've become rather addicted to the site's capabilities of allowing one to keep track and log reviews of films you watch. So if you all want to know what I've been watching since the beginning of this year, check out my profile and explore...because who knows if I'm ever going to revive that consumption-log thing I used to do?
Posted by Kenji Fujishima at 4/04/2013 02:00:00 PM

Email ThisBlogThis!Share to TwitterShare to FacebookShare to Pinterest
Labels: In Review Online, Letterboxd, self-promotion, Slant Magazine, The House Next Door