NEW YORK—On Saturday, I finally got a chance to go to lower Manhattan and visit Zuccotti Park, site of the very first Occupy Wall Street demonstration in what has become a world-wide movement.

Don't worry, Wall Street Journal, I didn't go there to either support or condemn the protesters! I was just there to observe and discuss. And observe I did, as this video attests:

As you can see, Zuccotti Park has become something of a virtual community, complete with food bank and library. It's actually rather impressive; I never thought I would see Rutgers University's annual Tent State University movement spread into the outside world in this way!

Whatever you think of the movement's ideas and beliefs, though, I still find it heartening to see regular people (the so-called "99%," as per this movement's characterization of middle-to-lower-class folk) being this passionate and engaged in American political discourse. Who says us young folks are all self-absorbed and apathetic???

Here are some more photos I took from Saturday's tour through Zuccotti Park: 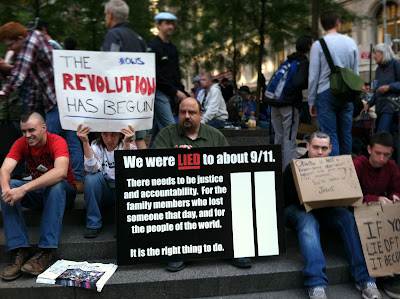 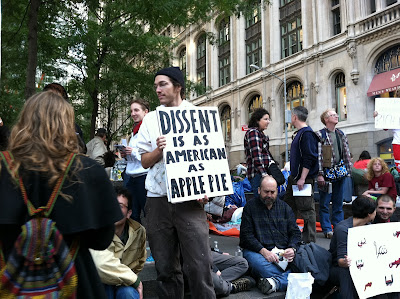 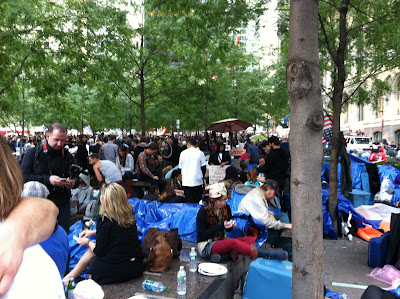 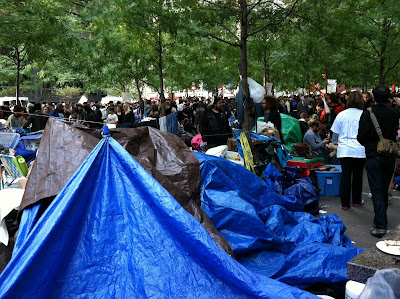 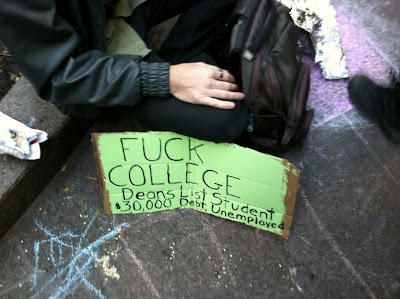 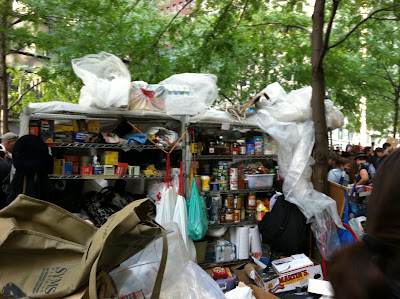 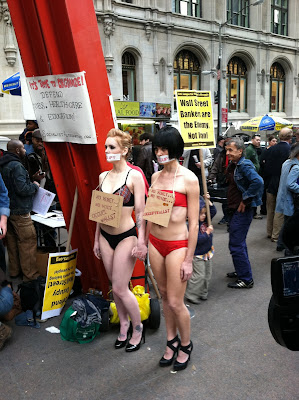 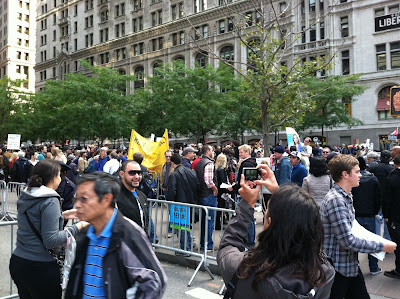 Later that day, some of the demonstrators took the cause up to Times Square for a more conventional kind of rally. I checked out the scene there, too:

As you can see and hear, these demonstrators have hit upon a fairly inventive way of spreading their message across a wide area so everyone can hear: "human microphones" in which everyone in the crowd passes the words of a speaker along, round-robin style. Maybe this has been done in rallies before, but it was the first time I experienced it in person.

And even later, the Times Square demonstrators gathered in Washington Square Park to continue the rally. I checked this out briefly, but didn't stick around too long; all I got from this nightcap was this photo... 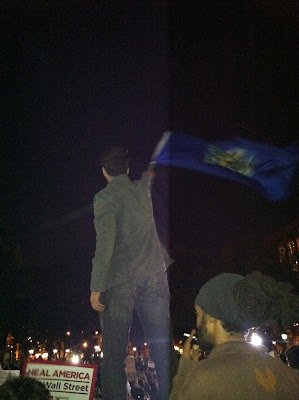 ...which reminded me somewhat of that famous Eugène Delacroix painting "Liberty Leading the People": 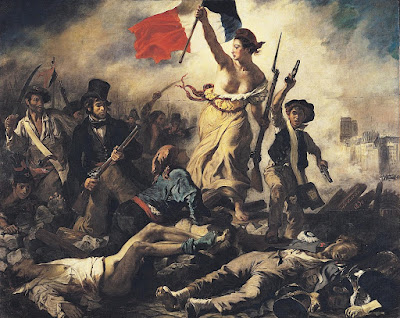 I enjoyed reading this, Kenji; thanks for sharing.