BROOKLYN, N.Y.—This past week was dominated not just by Thanksgiving and heavy eating, but also by the wedding of two dear friends of mine back in New Jersey (one of whom I've known since high school, and possibly earlier).

The ceremony was held on Saturday down in Long Beach Island, a scenic beach town that I raved about once before on this blog here. The weather couldn't have been better for this special occasion; the venue was surrounded by lake-side dusk views such as this... 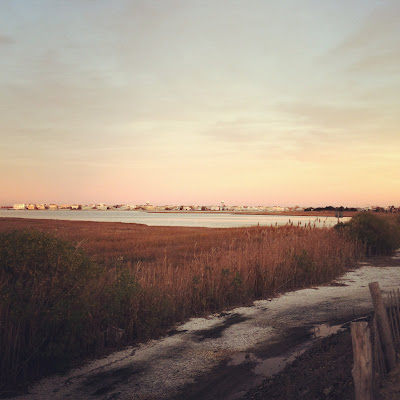 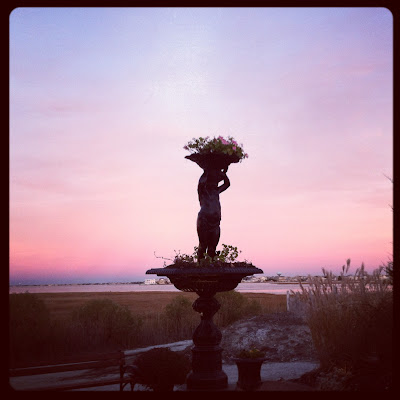 The wedding was on Saturday afternoon, but, because I was asked to be an usher at the ceremony, I and a bunch of friends went down to the area on Friday—so I got a chance to sit it on a brief rehearsal as a result of being there a day early. I hadn't been to many weddings before this one—the last one I was at was maybe two years ago, and I wasn't involved in the actual ceremony—so I think this was the first time I realized just how much planning goes into an event. The couple had hired a wedding planner to help organize the whole thing, and as I witnessed the rehearsal, I realized that wedding planners are, in essence, a ceremony's equivalent to an orchestra conductor and, to an arguably lesser extent, film/theater directors: vessels in which to help realize a personal vision. Because what are weddings like these other than grand staged productions for the benefit of friends and family, with many different avenues for creativity within a certain traditional structure?

By that logic, then, the wedding ought to be included in the artistic consumption log...and so that's what I've done, as you will see all the way at the end of this post. It really was a wonderful ceremony, a heartening celebration of the official union of a cute couple that deserve all the happiness in the world. It certainly brought out the sentimental romantic in me—and I tend to treasure experiences that have that kind of effect on me, artistic or not.

Plus, the ceremony offered many photogenic opportunities such as this shot of the chapel, which I consider a tribute of sorts to John Alcott, the cinematographer who famously shot Stanley Kubrick's Barry Lyndon with the kind of candlelit natural light you see here: 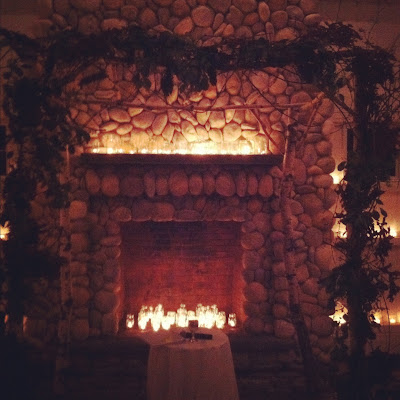 All I was missing was a Carl Zeiss lens!


***
Before I get to my log proper—which, because of a lack of time during a whirlwind weekend, I present without annotations—I will, for the sake of completeness, mention a few titles I watched but left off the log, for various reasons:

***
All right...here's what I officially took in artistically this past week (the best of the bunch being Edward Yang's rich, underseen modern tapestry A Confucian Confusion):

Kenji, that was a beautiful tribute to our wedding. It really is quite a production and I hope you enjoyed every part of it. I am honored to be considered a production enough to be included on your blog!