Are You There, Moviegoers? It's Me, Margaret. 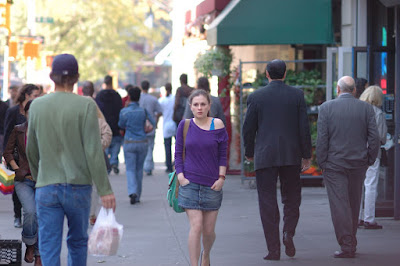 My latest film review published somewhere other than this blog was posted on Tuesday at In Review Online. Under consideration: Margaret, Kenneth Lonergan's film maudit that, even in something less than its creator's ideal form, is one of the best films of 2011. The film is so filled-to-bursting with ambition, beauty and humanity that I could hardly articulate everything I love and admire about this film in one single review...so at the very least, I hope this piece will serve as a starting point for discussion—especially now that it's getting a re-release at Cinema Village here in New York starting tomorrow! Go see it; it's amazing.
Posted by Kenji Fujishima at 12/22/2011 02:30:00 PM