2011 in Review: My Most Memorable (Non-Film) Artistic Discoveries

BROOKLYN, N.Y.—It's that time of year again: time for all of us to think back on the year that was and look ahead to the year to come.

For me, at least here at My Life, at 24 Frames Per Second, that means taking stock of all that I consumed artistically—because you all know me: always on the prowl for enjoyment and illumination, culturally or otherwise!

As usual, though I put a special emphasis on film when it comes to these year-end retrospectives, I'd be remiss if I didn't devote some time to looking back on some of the most memorable things I experienced in other artistic disciplines. So that is what I will do with this post.

Without further ado: my favorite (non-film) artistic discoveries of the year!


Art
Alexander McQueen: Savage Beauty, exhibition at Metropolitan Museum of Art in New York
I don't go to as many art exhibitions as I should, so this was an easy choice, considering that I didn't really have much to choose from as far as art discoveries go. But...let me put it this way: Going into this blockbuster exhibition of the late fashion designer's work, I didn't really think all that much of fashion as a vehicle for personal artistic expression. As I weaved through McQueen's gloriously dark and impassioned designs, I could feel my own conception of the possibilities of fashion infinitely expanding. None of the other handful of exhibitions could quite match the boundary-pushing power of this exhibition.
Other memorable artistic discoveries:
Dance
Shen Wei Dance Arts, seen at Park Avenue Armory
This is an even easier call, my knowledge of dance being even more rudimentary than my knowledge of visual art. I wonder if I ever will be able to appreciate dance as an art form. I went to three American Ballet Theater productions over the summer, and frankly found myself having trouble working up much emotional engagement with what I was seeing. If seeing Shen Wei's fascinatingly abstract choreography recently at the Park Avenue Armory tells me anything, it's that maybe modern dance is more my speed than traditional "story" ballets. I shall persevere next year. Until then, I will fondly remember the thrill of experiencing the Chinese choreographer's new work, Undivided Divided—a work that divided Park Avenue Armory's Thompson Drill Hall into squares and literally invited us spectators to wander around the dancers. 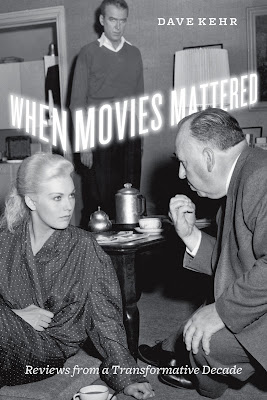 When Movies Mattered: Reviews from a Transformative Decade (2011), Dave Kehr
This is the kind of volume that has the power to inspire an aspiring film critic like myself to step up one's game. Dave Kehr offers up insight after insight in this anthology of his work for the Chicago Reader during the '70s and '80s—but the most admirable thing about Kehr's approach is how humble and subservient he is to the films he reviews and the artists he champions. Those who think they know Kehr only through his Chicago Reader capsules and weekly New York Times DVD column owe it to themselves to pick up this book and see new sides not only of him as a writer and critic, but of the films he writes so accessibly about.
Other memorable literary discoveries:
Theater 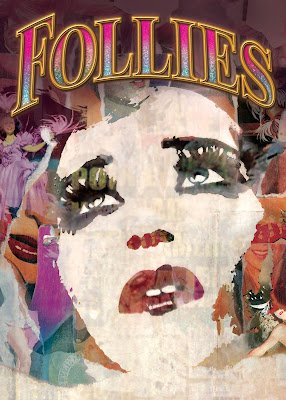 Follies (1971, Stephen Sondheim), seen at Marquis Theater in New York
There were more adventurous works of theater I saw this year, but none of them delivered the kind of emotional insight Eric Schaeffer's revival of Stephen Sondheim's 1971 musical offered up in spades. It's the kind of brilliant revival that may well have you saying "They don't make them like they used to"—rather fitting for a musical about aging and the compromises in life.

Inuksuit (2011, John Luther Adams), seen at Park Avenue Armory in New York
No album I listened to, or concert that I went to, was quite as mind-blowing as John Luther Adams's astonishing feat of musical daring: a work that literally created a whole environment of sounds from the bottom up and asked us listeners to wander around and create our own musical experience from it. It is, I daresay, the closest to a musical equivalent of Playtime as I've ever come across. (I wrote more about it here.)

Email ThisBlogThis!Share to TwitterShare to FacebookShare to Pinterest
Labels: 2011 in review