Two New Reviews, One Positive and One Negative

BROOKLYN, N.Y.—Two new reviews of mine went up at Slant Magazine yesterday—not one, two! 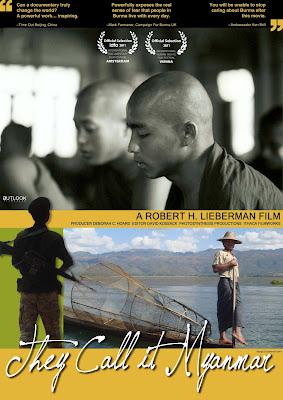 First up: my not-especially-enthusiastic take on Delphine & Muriel Coulin's 17 Girls, which tells the based-on-a-true-story tale of 17 teenage girls who decide to get pregnant in a small, decaying town in France. Despite its "observational" bent, it rarely cuts very deep, and its attempts at "visual poetry" strike me as pretty hollow. Better is Robert H. Lieberman's documentary They Call it Myanmar: Lifting the Curtain, an exhaustive and eye-opening film which Lieberman shot clandestinely over three years while helping out young filmmakers in that notoriously closed-off southeast Asian nation. As far as assignments-I-took-just-because-my-editor-needed-someone-to-take-it go, this one was surprisingly not bad; you can read my review here. Both open here in New York this Friday.
Posted by Kenji Fujishima at 9/19/2012 08:00:00 AM