BROOKLYN, N.Y.—Yesterday was the first day I ventured outside of my parents' home in East Brunswick, N.J., to survey the damage Hurricane Sandy wrought in my town. As expected, there were the usual fallen trees... 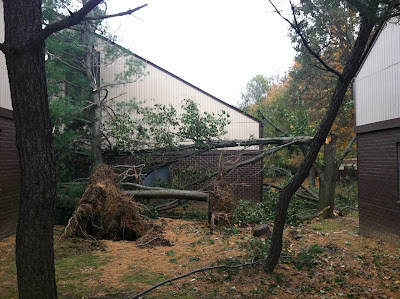 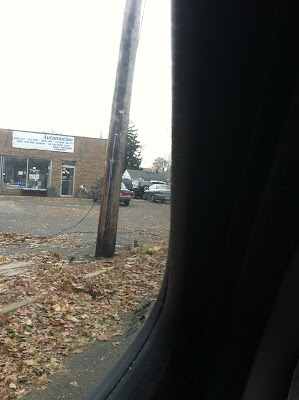 And there was also this:

As a result of Hurricane Sandy, gasoline is running dangerously low at a lot of gas stations in the New York/New Jersey area, leading to long lines of cars waiting to refuel at the precious few gas stations left operating—like the Hess station on Route 18 that I captured during the first part of that video above.

Of course, yesterday I also finally made it back to New York and had to deal with another long line to get back home: a massive line to catch special shuttle buses New York's Metropolitan Transit Authority had set up that would take us past the still-mostly-powerless areas of lower Manhattan and get us into Brooklyn. That's what I captured in the second part of that video.

I figured it would be cool to juxtapose those two lines together: the suburban and urban equivalents of the long lines and general craziness that this superstorm left in its wake. It's both amusing and sad at the same time.
Posted by Kenji Fujishima at 11/02/2012 11:30:00 AM