BROOKLYN, N.Y.—I did this last year come Oscar time, so I figured I might as well do it again this year.

Welcome to The Second Annual Fuji Oscars, when I put up my middle finger to awards-season hype and hand out some recognition to my personal favorites in some of the major categories. Once again, all that was released theatrically in the U.S. last year is fair game—so no arcane rules disqualifying worthy candidates, and no undue emphasis on American films over foreign ones.

Best Performance By an Actress in a Supporting Role:
Elle Fanning, Somewhere 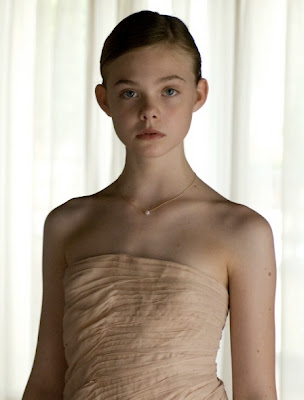 Personally, I think Sofia Coppola's latest film is not so much about disillusioned Hollywood superstar Johnny Marco (Stephen Dorff) as it is about Cleo, his amazingly self-sufficient daughter. You wouldn't necessarily know that, though, based on screen time alone: Coppola spends much of the film's first half detailing her father's deadened existence—pole dancers, coitus interruptus, inane press conferences and all. She's not asking us to care about him, exactly...just to empathize, at least a little bit, on some universal level. When Cleo enters into Johnny's life, though, she becomes the rock that instills in him a newfound sense of purpose. She's the emotional center of Somewhere, the one for whom we find ourselves feeling the most sympathy; Fanning's and Dorff's scenes together are a wonder of delicate warmth. For all the wise-beyond-her-years poise Cleo shows, though (she maintains a certain amount of composure even when she meets Johnny's latest lay in Venice), she's still a girl at heart, with typical young-girl desires that neither of her parents have been able to provide. Fanning manages to capture this mix of confidence and vulnerability with the same economy and delicacy of gesture with which Coppola approaches the spiritual ennui and father-daughter relationship in her film; in that sense, her Cleo shares a kinship with Hailee Steinfeld's Mattie Ross in True Grit—another memorable portrait of a young woman who confidently navigates within the adult world without being able to fully cast off the girl underneath.

Best Performance by an Actor in a Supporting Role:
Ciarán Hinds, Life During Wartime 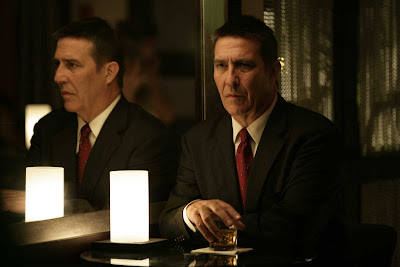 As an older, more shell-shocked Bill Maplewood, Ciarán Hinds fully embodies the ambition of Todd Solondz's follow-up to his 1998 Happiness—and he does it not through showy histrionics, but often through mere body language. With just about every movement and gesture he makes, Hinds successfully conveys the sense of a man so wracked with guilt over his unconscionable sins that he doesn't even feel comfortable in his own body, much less operating in the real world after years in prison. If Solondz, in his script, is sometimes a bit too on-the-nose with invoking "forgiveness" as his broad subject, Hinds thoroughly gets under the skin of a man who struggles with whether he actually deserves to be forgiven. His confrontation with the son he molested was one of the tensest, most moving and most beautifully acted scenes to come out of cinema last year. 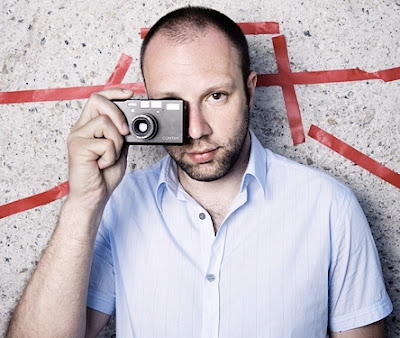 Lanthimos, in the sensational Greek film Dogtooth, offers up a master class in achieving an unnerving kind of controlled chaos. The premise is, on the face of it, nuts, depicting as it does a family that has been raised in so sheltered a fashion by a control-freak father and a submissive mother that they have developed a whole new vocabulary and some bizarre customs and habits. With the help of cinematographer Thimios Bakatakis, though, Lanthimos depicts all of this madness in as deadpan a manner as possible, with little more than pointedly odd camera angles and the full commitment of its actors to allow the sheer absurdity of its premise and situations to seep through the surface blandness. In some ways, it's just about perfectly made—and that hermetic perfection only makes it more coldly amusing and unsettling.

Best Performance by an Actress in a Leading Role:
Julianne Moore, Chloe 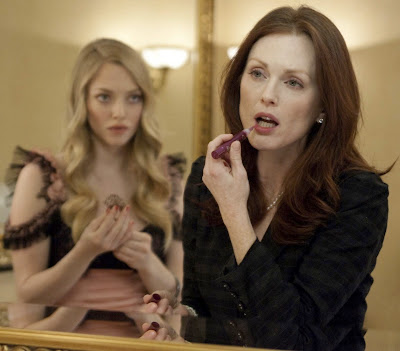 Those who skipped Atom Egoyan's latest film upon hearing from most critics that it was merely self-serious trash missed out on arguably (I anticipate Jeon Do-yeon/Secret Sunshine fans will give me an argument on this one) the most emotionally complex display of anguished female emotion to be seen in the movies last year in Julianne Moore's turn as a woman dealing with a mid-life crisis as the surface facade of family normalcy withers away. Chloe—as Jonathan Rosenbaum rightfully pointed out here—is really Catherine Stewart's story, and Moore brings such gravity to the role that—for me, anyway—it's impossible to laugh off as camp. As far as Moore is concerned, forget The Kids Are All Right; this is a far richer showcase for this veteran actress, and she makes the most of it.

Best Performance by an Actor in a Leading Role:
Javier Bardem, Biutiful 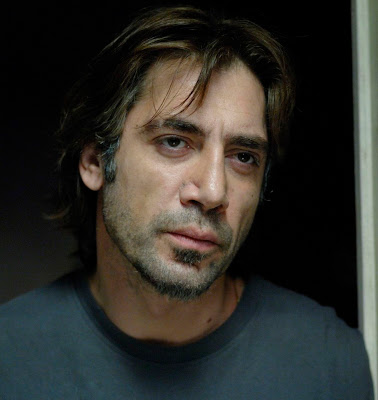 Though I'm willing to defend Chloe as more serious than most critics let on upon its theatrical release, I'm not willing to go nearly that far with Alejandro González Iñárritu's punishing Biutiful. As indignity upon indignity is heaped upon its dying and guilt-ridden protagonist, Uxbal, after a while it all becomes rather laughable in its sheer relentlessness. But Bardem so thoroughly embodies his role that even when Iñárritu throws us heavy-handed plot machination after machination, you see his haunted, weary face and you know he's going through hell, some of it of his own doing. He almost manages to break you heart, in spite of it all. It's a truly epic performance. 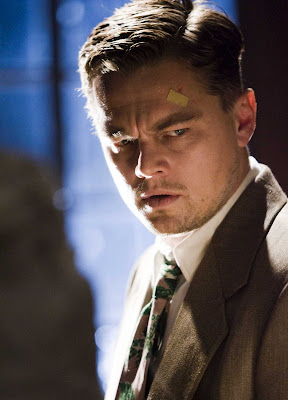 Look past the Big Twist of its last 20 minutes, and behold the terrifying fury Martin Scorsese unleashes in Shutter Island, in which he uses horror- and detective-movie conventions as a framework to express as visually enthralling and emotionally devastating a vision of deep-seated psychological scars as any ever committed to celluloid. Maybe Scorsese needed to get The Departed out of his system before he felt safe enough to vent his inner demons as intensely as he does here; ironic, then, that that piece of hack-Scorsese-isms got all the AMPAS love, but this far more deeply personal work gets bupkes.


A few other awards:

After their triumph three years ago in adapting Cormac McCarthy's No Country for Old Men to the screen, the Coens once again take pre-existing source material—in this case Charles Portis's 1968 novel, first adapted into a John Wayne vehicle in 1969 (for which Wayne won his one Oscar)—and somehow manage to make it play completely and thoroughly like a Coen Brothers picture.

The beauty of Baumbach's screenplay for this, his merciless dissection of a middle-aged man struggling to move beyond the bitter disappointments of his youth, lies in how sharply specific the dialogue is in drawing these distinctive characters. He also does it without drawing undue attention to his own supposed verbal cleverness (take note, Lena Dunham); every line is in the service of evoking these people and their lives, however messed-up.

Not only was Pedro Costa's documentary of the French actor/singer Jeanne Balibar one of the most gorgeously shot films of last year—every low-lit chiaroscuro shot a beauty in terms of the intimacy and mystery it evokes—but it's also one of the most detailed looks at the creative musical process captured in a movie. (Costa, though, seems to have a knack for capturing the ins and outs of creative processes, as evidenced by his exceptional 2001 Straub/Huillet documentary Where Does Your Hidden Smile Lie?) It helps that the music in the film is so seductive, and seductively performed.

See above, in the "Best Director" category.

Best Animated [Doesn't Have to Be a Feature] Film:
The Lost Thing

Since this is my own awards, and on that theory, I'm allowed to break whatever rules I want whenever I see fit to do so, I am breaking two rules in this category: I am restricting myself to neither feature-length animated films nor films I personally saw in 2010.

Much of this is because, of the handful of animated features I saw, I can't say I really truly loved any of them—and yes, I include the beloved Toy Story 3, which I liked up until the point the toys get rescued from the incinerator, after which the film, to my mind, cops out (you can read my more detailed thoughts on the film here). If I had gotten around to seeing, say, The Secret of Kells or Idiots and Angels last year, maybe I'd have something feature-length that I could get genuinely excited about. But I didn't, and I don't. Thus the rule-breaking.

A few weeks ago, I checked out all five of the animated short films nominated for an Oscar in that category. With the exception of that wearyingly one-note Let's Pollute!, it's a strong crop of nominees, including the fun Pixar short Day & Night which screened before Toy Story 3. My favorite of the animated shorts is a gem from Australia called The Lost Thing, about a guy who happens upon a strange mechanical whatzit on a beach that no one else seems to care about except for him. It's not only a technically accomplished piece of animation, but it also achieves what the best animation can do: reawaken a sense of wonder about the strange things in that world that we, in going about our daily lives, often don't even bother to reflect on. It's available on iTunes for $1.99, if you are curious to see it; it's only 15 minutes, but it's wonderful.

In the meantime...maybe you're in the mood for a celebratory dance? From Dogtooth:

If you enjoyed The Lost Thing you should definitely look into the books by its director Shaun Tan. The Arrival, in particular, is a gorgeously drawn and quite moving story about refugees.

I do need to get around to seeing Shutter Island. Had I seen my first Scorsese (I know, I know - my excuse is I'm still young yet) Raging Bull while it was playing I definitely would have. It's hard to think that the guy who guided those performances and created those images could do anything less than excellent.

Elle Fanning and Yorgos Lanthimos both turned in work which didn't stand out in a big way while I was watching their films but in hindsight was truly excellent.

Hey Glen: Thanks for the book recommendations. And work that doesn't stand out in a big way except in retrospect is the kind of work that I enjoy highlighting in features like this...and often the kind of thing that AMPAS usually prefers to ignore come Oscar time (thus Melissa Leo's Oscar victory last night for all her scenery chewing in The Fighter...which I still maintain is far from the worst example of hammy acting I've seen).