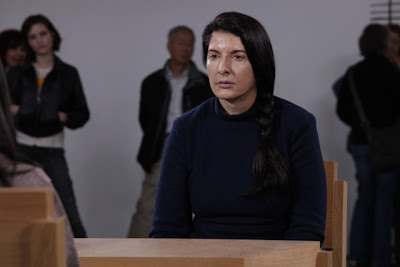 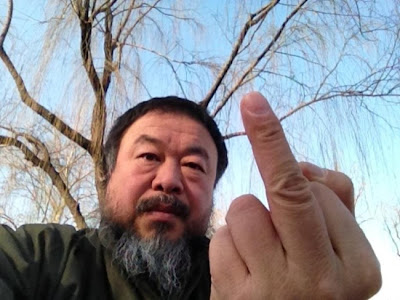 When I reviewed the documentary Gerhard Richter Painting for Slant Magazine back in March, I gave it a 2½-star review, admiring the integrity of its almost wholly observational approach while wondering if the fairly limited insights offered into the German artist's life and creative processes justified that rigor. And yet, when I watched two recent artist-centered documentaries, Marina Abramović: The Artist is Present and Ai Weiwei: Never Sorry, I couldn't get Corinna Belz's film out of my mind. Certainly, neither of those two films have anything like the formal and conceptual daring of Gerhard Richter Painting (and in the case of the Abramović film, director Matthew Akers throws in a lot of annoying visual tricks early on to give things a spuriously "cinematic" flavor), preferring to spoon-feed interpretations of their respective subjects' life and art instead of allowing us to draw our own conclusions. Both films are fine on their own terms (the Abramović documentary, for instance, made me deeply regret missing out entirely on her much-discussed Artist is Present  performance at the Museum of Modern Art two years ago; the film makes it seem like it might have been a near-transformative experience), and I'm sure viewers not too familiar with the work of either artist would find them duly enlightening. Nevertheless, I can't honestly say I feel a whole lot of passion for them; both strike me as merely serviceable films on great subjects.

Anyway, I expounded at length on Akers's Abramović film at Slant Magazine here and on Alison Klayman's Ai Weiwei documentary at The House Next Door here. As for Gerhard Richter Painting...well, the more I think about it, the more I feel that, at the very least, the film may have deserved at least half a star more from me.
Posted by Kenji Fujishima at 6/12/2012 09:00:00 AM

Email ThisBlogThis!Share to TwitterShare to FacebookShare to Pinterest
Labels: self-promotion, Slant Magazine, The House Next Door