Question for the Day: Time to Leave? 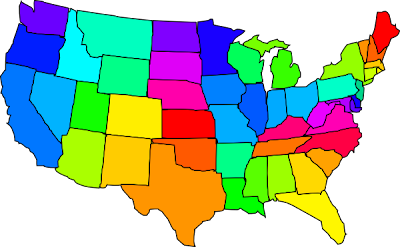 Is it just me, or does it seem like more and more people are actually fleeing, or at least thinking about fleeing, the United States and settling abroad these days?

In the past few months, I've seen one co-worker leave for a new position within The Wall Street Journal in Hong Kong; a couple of favorite film critics/fellow cinephiles decide to pack up and settle in foreign cities, presumably for good; and another well-known film blogger voice a desire on Facebook to leave the U.S. for Canada.

"Anyone with a longing for civilized society should be leaving the U.S.," wrote that Canada-yearning film blogger. In a similar vein, one of those fellow cinephiles posted a long explanation on his blog in which he expressed deep disillusionment with the state of film criticism and independent-film distribution and his hope that relocating to a new locale overseas would rejuvenate his heretofore dwindling passion.

I suppose I shouldn't draw any broad conclusions about the state of this union from what may well just be an insignificant trend among this small-in-the-grand-scheme-of-things group of people within which I interact. But with the rise of the Tea Party movement, the astonishing ubiquity and popularity of fearmongering demagogues like Glenn Beck, the apparent incompetence and arrogance of both political parties in Congress and this sense that the American people have only gotten more divided since Barack Obama swept into the U.S. presidency in 2008—well, it can't be a coincidence that, with all this going on right now, people I like and respect are apparently giving up and leaving the United States for good.

Whatever happened to all that "hope," "change" and "reaching across the aisle" Candidate Obama promised during that memorable 2008 election? I vividly remember the excitement Obama inspired in people my age all around me; many of them were so happy to find a relatively young and electrifying presidential candidate that seemed to speak directly to them, stirring them to cast away their apathy and get involved. And hey, I won't pretend that I didn't get swept up in it, too (I voted for the guy, after all); the glow of history being made when the election returns flowed in on Nov. 4, 2008, and indicated an Obama victory is still something I will never forget.

Two years later, midterm elections are coming up, and despite a handful of major victories in the Obama presidency—healthcare reform and Wall Street reform chief among them, both of which are not inconsiderable, by any means—things just seem like "same shit, different day," with things, if anything, seeming even worse than before. Has President Obama simply run up against the brutal realities of the American political system? Or did we all just get rooked by the usual politically calculated sweet talk?

In any case, it's sad to think that, for some, living in the United States has become such a burden and an embarrassment that people are seriously thinking of fleeing it in droves. But I suppose when confronted by ignoramuses like Glenn Beck and Sarah Palin, both of whom are contributing to the dumbing down of political discourse; or the Gainesville, Fla., pastor who plans to publicly burn copies of the Quran this coming Sept. 11 despite denunciations and warnings about the dangers of retributive religious violence such an act would cause—well, I'm not sure I can entirely blame them.
Posted by Kenji Fujishima at 9/09/2010 12:01:00 AM

Oddly enough, I'm more patriotic this year than I ever have been. This means me and the people rarely ever see eye to eye, of course, but when a President can get the two (arguably) most important tasks done in his first couple of years in office (securing health care reform, ending the war in Iraq), I tell ya: I'm proud to be an American once again.

Maybe Brian De Palma should respond to the pastor who's going to burn those Korans by filming a faux documentary about domestic religious and politial fundamentalists/terrorists. September 11 is his birthday, after all.

Don't get me wrong: I myself am not planning to relocate abroad anytime soon; I still think I have some kind of future here in my corner of the U.S. (If I do decide to move overseas, it would more likely be for careerist reasons rather than anti-American ones.) It just kinda bothered me that so many people I know seem to be doing so now, a couple years removed from the nightmarish George W. Bush presidency, after all of Obama's promises of "change we can believe in" during his presidential candidacy. Me, I'm still waiting for that "change" to manifest itself. (Even the end of combat of Iraq doesn't necessarily mean a complete end to the war; there are still, I think, 50,000 troops there.)

Besides, what I'm talking about here is probably not new to American history. Many people viewed Jimmy Carter's presidency in the wake of Richard Nixon's American nightmare as a failure at the time. Sometimes I wonder if history really is just doomed to repeat itself over and over again.

I don't think you (and all of us) got rooked in the last election. Your other choice would have made Sarah Palin the VP, so what kind of choice was that? Here is the problem:

Obama is a great President; he is brilliant and a man with high ideals and noble vision. Trouble is, he is not the great communicator that he was in the campaign. He is like a professor; he is Mr Cool and Mr Detached. For most of the last year and half he has tried to make peace with the Republicans. He held back and tried to be Mr Nice Guy. Look where that got him? He failed to get his message across to the average American. He has not connected. Yes, he passed Health Care Reform and Wall Street Reform. Since most Americans cannot FEEL any difference from these accomplishments, its hard for the Democrats to take any credit. He has been good in the Foreign Policy deparment, but again, no credit. The economy stinks, and has not recoved this summer like they hoped. The Fox News crowd is out there talking in simple easy to understand terms: "No more big government", "reduce spending", go after the illegal immigrents, etc, etc. People seem to understand this kind of talk, even though its meaningless. (Will there ever NOT be "big government" in a country the size of the US?) The President, lately, has come out swinging and has been hard hitting in his road speeches; but it is late in coming. He has also had bad luck: the oil spill, the Mosque, the Gainesville Preacher, etc. All these are distractions that took time away from the real issues: The economy and jobs. That is what will make or break a presidency. So, when we all voted for Obama, we got a good guy, with intelligence and a vision; too bad he has not had good advisors helping him connect with average man of the street and tell the story of what he has done and what he is trying to do. The Republicans and Tea Party Fox people have been better at that; hopefully over the next few weeks Obama will speak more and more and will be hard hitting instead of just "cool" and "nice guy". Maybe then the Democrats will lose less seats in Congress; but they will lose some for sure. And lots of people are disappointed in him and that is what you are seeing.

Thanks for that comment, Anonymous. I think I agree most with your points about President Obama's Mr. Nice Guy, reach-across-the-aisle demeanor and how that seems to have gotten him nowhere during the first half of his presidency. For that reason, like you, I actually like the more-vigorous-than-usual comments he has publicly directed toward Republicans.

I sincerely do hope things in this country get better in the next two years of Obama's presidency. Besides, as someone on Facebook reminded me, one should not forget the, um, frustrations of the presidency that preceded his.