BROOKLYN, N.Y.—Thanks to some internet-connectivity issues here in my new Crown Heights apartment, I wasn't able to post this in as timely a manner as I would have liked. But better late than never, I suppose. 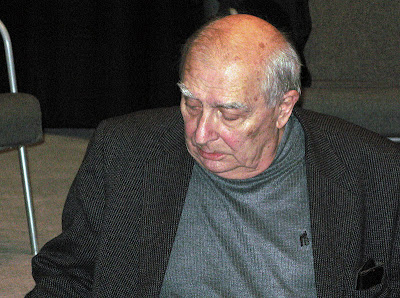 Following the momentous passing of Eric Rohmer, Chabrol appears to have become the next French New Wave luminary to bite the dust.

Many have remarked upon Chabrol's blistering critique of middle-class repression, and there's certainly something to that, most notably in films like La femme infidèle (1969; later remade by Adrian Lyne in 2002 as Unfaithful) and Le boucher (1970), where his technical precision and ironic detachment suggest twisted desires lurking underneath innocent-looking exteriors. And yet there was always a deeper empathy lurking underneath Chabrol's chilly façade. Like Alfred Hitchcock, Chabrol understood that, whether we'd like to admit it or not, such dark emotions are a part of what makes us all human. 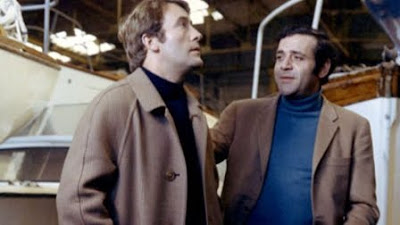 The two aforementioned films are great, but the one film from his 1960s and '70s (the period of his work with which I'm more familiar) that really sticks out to my mind is his 1969 film This Man Must Die, a revenge drama that manages to portray vengeance's destruction of one's soul with the kind of cold humor, emotional/moral complexity and mournful poetry that Chabrol delivered at his best (a height which Chan-wook Park can only dream of reaching). Revenge thrillers seem to be all the rage these days (I've been seeing trailers for yet another big-budget thriller about one man's quest of revenge, a film starring Dwayne "The Rock" Johnson with the not-terribly-intriguing title Faster), but Chabrol, with unnerving clarity, challenged us to stare down vengeance's moral abyss. That was the kind of challenge Chabrol consistently, masterfully issued in his vast filmography, all the way up to his sharp 2007 black comedy A Girl Cut in Two (which, by the way, I reviewed for The House Next Door here).

His now final feature, Inspector Bellamy, is slated to open in New York on Oct. 29, by the way.

May he rest in peace.

In the meantime, chew on ace video-essayist Kevin B. Lee and film critic Dan Sallitt's insightful take on both La femme infidèle and Le Boucher: