BROOKLYN, N.Y.—Though the weather in New York was pretty good—a bit on the cold side, but with plenty of sunshine to counteract the chill in the air—on both Friday and Saturday of this past weekend (before the frigid patch in which the metropolitan area has been engulfed all week), the subject matter of the three films I saw on those days was the kind that would cast cloud-borne shadows on anyone's mental landscape. But, of course, as with some of the best works of art, these "dark" films felt more cathartic than depressing. In that way, now that I think of it, the films actually mirrored the cold-yet-sunny weather. 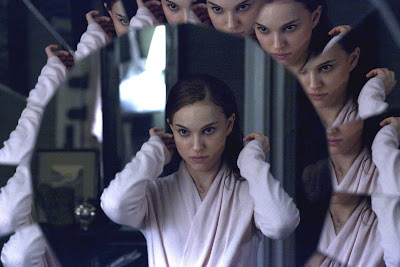 Darren Aronofsky's Black Swan (2010) is a case in point. The film details one artist's metaphorical journey from technical perfection to true artistry—a process that, according to this film, has the power to bring an artist to the edge of madness in the pursuit of greater truths. This would be pretty heavy subject matter for any film, and the physical and mental depths to which Nina Sayers (Natalie Portman)—picked by demanding choreographer Thomas Leroy (Vincent Cassel) to be both the White and Black Swans in a brand new production of Tchaikovsky's Swan Lake—sinks in order to transcend her technical perfection might have come off as...well, as bleak as the nightmarish falls from grace in Aronofsky's Requiem for a Dream (2002). And yet, in Black Swan, Aronofsky's depictions of sexual repression and artistry under pressure plays less like Requiem's rub-your-nose-in-shit sadism, and more like an increasingly delirious bastard child of Michael Powell & Emeric Pressburger's Black Narcissus (1947) and The Red Shoes (1948), crossed with Roman Polanski's Repulsion (1965). In other words, Aronofsky—taking his cues from a relatively conventional screenplay by Mark Heyman, Andres Heinz and John J. McLaughlin—renders Nina's gradual descent in immorality and mania with such stylistic gusto that her mental breakdown becomes exhilarating to behold.

Which isn't to say that Black Swan is merely a bubble-brained spectacle of surreal horror tropes; the spectacle is always put at the service of expressing the point-of-view of its central character, a sheltered but ambitious dancer who embarks on the biggest role of her career and finds, to her frustration, that she may not have the emotional resources and life experience to be the kind of truly great artist that she aspires to be. As she slowly begins to give in to her darkest impulses—taking Leroy's advice to "live a little" to dangerous limits—the film likewise begins to tip unreservedly over into expressionistic fever dream, eventually embracing the kinds of psychological- and body-horror tropes it mostly kept at bay earlier in the film. Nina's desperation essentially becomes the film's. In essence, her art takes over her life—but for Nina, it was ever thus. 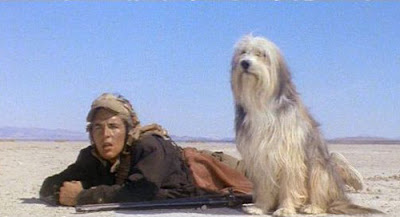 L.Q. Jones's 1975 sci-fi film A Boy and His Dog starts with a scenario that's even darker the destruction of one character's innocence: the destruction of the world and the resultant demolition of society in the year 2024. At the center of this doomsday scenario is the titular boy (played by a young Don Johnson) and dog, both of whom have developed a telepathic bond which allows them to converse with each other. The boy is only interested in food for the dog and sex for himself, while trying to ward off fellow barbarians above ground. His quest for lovin', however, leads him to a woman (Susanne Benton) who ends up knocking him out and luring him underground to "Topeka," a secret society that turns out to be a typical middle-American suburb...with some major twists.

Jones—adapting a Harlan Ellison sci-fi novella, and possibly drawing from his own experiences as a Sam Peckinpah regular—turns these twisted premises into a shockingly funny film, full of gallows humor that constantly pushes the boundaries of, um, good taste. Its seemingly ingratiating title deceives; the dog, named Blood, turns out to be a weary, snarky, cynical type that the boy nevertheless puts up with because, well, they need each other in this physical and moral wasteland. A Boy and His Dog starts out as gleefully risqué vaudeville, and then suddenly becomes an even more vigorous send-up of Norman Rockwell-like suburbia, complete with Jason Robards donning pancake make-up as one of the community leaders. And just as you think the film is about to end on a sentimental note...well, let's just say the film's final sick-joke punchline (which Ellison reportedly hated, while praising the rest of the film) confounds such expectations. 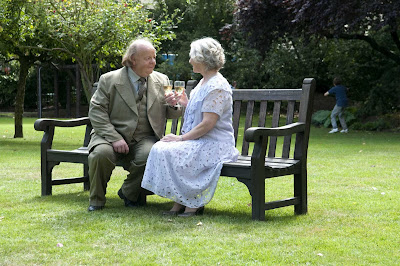 Woody Allen's latest film, You Will Meet a Tall Dark Stranger (2010), also confounds expectations—at least, the expectations of those of us who have been less than enthralled with the laziness of some of his recent work. Who knew that Allen could still manage to inject genuine freshness into his usual obsessions with death, the meaning of life and the question of God's existence? Here, once again using the omniscient-narrator device he most recently used in Vicky Cristina Barcelona (2008), Allen crafts a roundelay featuring an interconnected cast of characters all trying to negotiate their way through mid-life disappointments in their own way. The ways they try to stave off unhappiness lead them to make all sorts of questionable decisions...but, in this film, at least, there's a poignant sense of empathy that, I would daresay, verges on the Renoir-ian. And for once, the world he creates here feels halfway grounded and plausible, not arch like his exoticized Spain in Vicky or even the New York of his last film, Whatever Works (2009). You Will Meet a Tall Dark Stranger isn't any less misanthropic than his recent films, but the human dramas are, for once, fairly gripping, and ultimately there's a real sting to the point-of-view he expresses here. Consider that the character that ends up being the happiest turns out to be the one who has fully swallowed the illusions about God and the afterlife that Allen has questioned over the course of his career.
Posted by Kenji Fujishima at 12/17/2010 09:00:00 AM