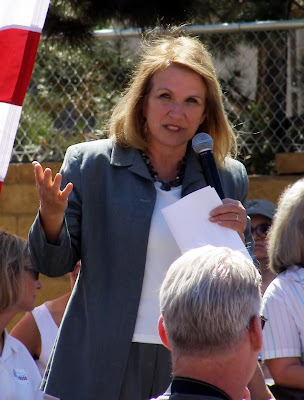 As someone who admittedly isn't particularly into following politics with the same zeal as I follow, say, film news, I was surprised to find myself reacting rather intensely to news of the death of former North Carolina senator John Edwards' ex-wife, Elizabeth, at the hands of a breast cancer that she had battled for about a decade.

My stronger-than-expected reaction probably has less to do with any interest in her political and personal life than with the fact that just one day before her death, she had publicly announced that she, upon hearing from doctors that further treatment of her cancer would not make a difference at this point, would stop treatment and basically accept her impending death with as much high spirits as possible. As she said in her statement:

I have found that in the simple act of living with hope, and in the daily effort to have a positive impact in the world, the days I do have are made all the more meaningful and precious. And for that I am grateful. It isn't possible to put into words the love and gratitude I feel to everyone who has and continues to support and inspire me every day. To you I simply say: you know.

This, keep in mind, was announced just one day before she passed away.

Life just isn't fair sometimes—especially Elizabeth Edwards's life, what with cancer; the death of her son Wade in 1996; and, more recently, the revelations that her husband had not only cheated on her, but fathered a child with the other woman in the process.

Now that I think about it, you know who else suffered such traumas during his lifetime? 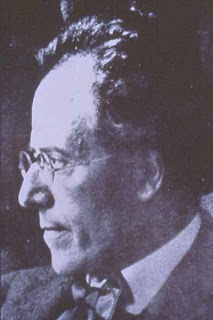 That's right: Gustav Mahler did. His firstborn daughter, Maria Anna, died from diphtheria at the mere age of 5 in 1907; soon afterward, he discovered he had an incurable, if not fatal, heart defect; and he then found out that his wife, Alma, was cheating on him (perhaps out of resentment borne out of her husband's banning her from composing her own music so she could focus on child-rearing). One of the major legends surrounding Mahler's Sixth Symphony is that the three hammer blows in its epic finale foretold some of these personal tragedies, even as it was written during a relatively joyful time in his life.

And yet, Mahler endured through these tribulations and went on to produce such later masterpieces as Das Lied von der Erde and the Ninth Symphony, works in which you can sense his struggles in just about every note. It seems that Elizabeth Edwards found her own way of working through her own tragedies in public: by advising her husband on his senatorial and presidential campaigns; by making health-care reform a great mission of hers (one that eventually bore fruit last year); and basically just by staying politically engaged and active after quitting law in the wake of her son's death. She may have laid bare her private pain on a public stage, but she nevertheless proved to be an inspiration to many with her passion and intelligence.

Newsweek's Jonathan Alter, by the way, has this touching remembrance of Elizabeth Edwards over at The Daily Beast.
Posted by Kenji Fujishima at 12/08/2010 06:45:00 PM