NEW YORK—A little later than usual, but here you go: 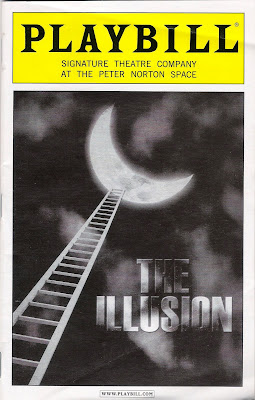 Films
★ Le Rayon Vert (1986, Eric Rohmer), screened at Brooklyn Academy of Music in Brooklyn, N.Y.
I started working on a blog post about this film towards the end of last week, so I may have more to say than I could possibly fit in this capsule. Here's the barebones version: This film—one of Rohmer's "Comedies and Proverbs" films from the 1980s, and originally released in the U.S. as Summer—really spoke to me on a deep personal level, to the point where I felt like I saw a lot of myself in Delphine, the neurotic main character played by Marie Rivière. The film, of course, is marked by the late French filmmaker's empathy and tough humanism, but it has a poetic streak that climaxes in a transcendent, hopeful finale.


BAM CinemaFest 2011:
The Catechism Cataclysm (2010, Todd Rohal), screened at Brooklyn Academy of Music in Brooklyn, N.Y.
Brooklyn Academy of Music's third annual BAM CinemaFest—a festival of some of the latest and brightest in independent cinema—kicked off on Thursday (it goes on throughout this week; I'll be seeing a bunch more throughout). One of its selections was this film, the second feature from Ohio-born filmmaker Todd Rohal, and a film which I unfortunately missed at South by Southwest...or is it fortunately? I didn't much like Rohal's first feature, The Guatemalan Handshake (available on DVD in a two-disc set from Benten Films), which, to my mind, drowned in its airless whimsy; I found The Catechism Cataclysm—about a dumbass priest (Steve Little) who gets into wacky adventures when he goes boating with a supposed high-school friend (Robert Longstreet) whom he thinks is a professional writer and rock star—slightly easier to take, if only because there are isolated moments of real emotion and even a sense of a coherent vision to transcend its suffocatingly quirky surface. The Catechism Cataclysm is perhaps best viewed as an absurdist religious parable; it's irreverent, to be sure, but the more I think about it, the more I think there's genuine religious/spiritual awe underneath the crazy hijinks. Who knows? For all its immediate irritations and barely existent laughter, maybe this movie is slowly growing on me...


★ Dial M for Murder (1954, Alfred Hitchcock), screened at Film Forum in New York
This is minor Hitchcock, I'd say, but it's still a lot of fun—and a staggering revelation in its original 3-D format, which is how it's being screened in its current week-long run at Film Forum. Who knew that, about 55 years before James Cameron and Avatar, Hitchcock had already made perhaps the ultimate 3-D movie, in which the much-disputed process is used to actually immerse ourselves in palpable physical space rather than merely trying to impress us by throwing stuff at our eyes? If nothing else, the 3-D helps redeem some of the more relentlessly talky scenes in the script, Frederick Knott's screen adaptation of his own stage play.

Music
Eyes Open (1992, Youssou N'Dour)
The Guide (Wommat) (1994, Youssou N'Dour)
These are both solid albums. I honestly don't recall much about them beyond the fact that I found them pleasant to listen to. But then, maybe that's because half the time I still don't really know what Youssou's singing. Most likely, that's my problem, not his.


★ 無伴的舞 (1986, 甄楚倩)
She's known as Yolinda Yan in the Cantopop world, and this one—her debut—is considered her best, at least based on how often this one has been reissued compared to her later albums. Hong Kong cinema fans might know her as the tragic nightclub singer in John Woo's Bullet in the Head (1990). She didn't achieve Anita Mui-like levels of stardom during her brief career in the late '80s and early '90s, but her impassioned alto has some of Ah Mui's near-extraterrestrial allure, and she certainly was extraordinarily pretty. Save for a strangely placed "house mix" of the title cut—"Dancing Without a Partner," it roughly translates to in English, and yes, it is a cover of Tiffany's 1987 hit "I Think We're Alone Now"—as its penultimate track, this is a solid-enough album; it has one truly great cut, though, in the middle: "深夜港灣," or roughly "Late Night Harbor," which hauntingly evokes a feeling of loneliness and longing that might come from walking along a harbor by oneself late at night.

Here's a music video for the song, by the way:


Theater
★ The Illusion (1988, Tony Kushner), seen at the Peter Norton Space in New York
Tony Kushner's adaptation of Pierre Corneille's 1636 play L'Illusion Comique is the closing selection of the Signature Theatre Company's current Kushner-centered season, one which included a gripping revival of the playwright's majestic Angels in America. This one—conceived while Kushner was writing the first part of Angels—is no less magnificent. It is a fascinating and brilliantly written piece of meta-theater, one that uses its post-modernist conceit to not only meditate on the, well, illuminating power of the medium, but to also consider the subject of love itself as possibly wholly driven by illusions. It's involving and entertaining enough that it doesn't feel as much of academic exercise as that might sound. It all builds to a final metaphysical twist that in lesser hands might have felt like cheating (see the last page of Ian McEwan's Atonement for a similar gambit pulled off problematically), but which, in this context, is carefully prepared for, genuinely thought-provoking and, in its own way, hilariously funny. Oh, how much we sometimes take actors for granted, yet how much truths their art can contain!
Art
★ Primitive (2009, Apichatpong Weerasethakul), seen at the New Museum in New York
There was a hint of historical and political commentary in the Thai director's recent film Uncle Boonmee Who Can Recall Past Lives; this installation—currently up on the third floor of the New Museum—draws out those threads to encompass eight videos and two paintings. But Apichatpong doesn't have a polemical bone in his body. Instead, you walk into this multi-part work and immediately feel transported back into the jungle of Uncle Boonmee—an immersive environment full of memories that are by turns whimsical and agonizingly real, joyous and tension-filled. I'm still wondering if Primitive as a whole is maybe a bit too opaque about its supposed sociopolitical/historical intentions; nevertheless, this is still something to experience and ponder.
Posted by Kenji Fujishima at 6/21/2011 03:30:00 PM