EAST BRUNSWICK, N.J.—By the time this is posted, the last two hours ever of the TV series 24 will have aired. I have a bit more to say about the series as a whole, but I figured I'd wait 'til it was all over before offering an appreciation/eulogy of sorts for a show that, this finale made me realize, I may miss more than I was expecting after basically tuning in and out this season. Jack Bauer, you will be missed...at least, until that oft-discussed big-screen movie of yours comes along.

In the meantime...how about a musical discovery for the week? 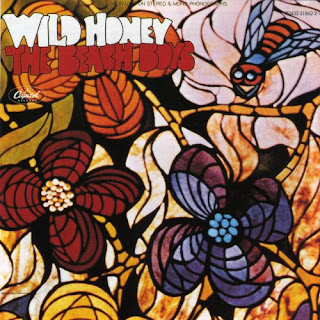 When, a few weeks before I traveled to Los Angeles, I asked some of my Facebook/Twitter friends if they had any suggestions for music to get me in a California mood, The Beach Boys was one of the first artists mentioned. Though I had heard most of their big hits on the radio many times before, I had never listened to any of their complete albums—not even their seminal 1966 Pet Sounds! So I listened to a bunch of them before going off to Southern California.

Early Beach Boys albums like Surfin' USA (1963), Little Deuce Coupe (1963) and All Summer Long (1964), among others, exulted in a sense of innocence in their embrace of the (for lack of a better adjective) sunnier aspects of SoCal culture: surfing, girls, fast cars, and the like. These early albums were also fairly straightforward pop affairs, with some great singles—"Surfin' Safari," "Surfin' USA," "Fun, Fun, Fun," "I Get Around," and many more—surrounded by a lot of filler (even occasional tracks of Beach Boys members goofing around in a studio). But then, from The Beach Boys Today! (1965) onward, Brian Wilson & co. began to refine their sound and experiment with different recording techniques, peaking with Pet Sounds, their most stylistically and thematically ambitious record to date.

The album—which was greeted with less enthusiasm as far as album sales go than their previous records, but which has come to be considered the group's masterpiece, as well as one of the greatest albums of all time—still holds up quite handsomely even today. But that certainly wasn't the end of The Beach Boys. Even through the difficult times that followed—with Brian Wilson's ambitious Smile project, among other factors, causing rifts among band members—the group still put out albums, even if they lacked the same pathbreaking frisson of Pet Sounds.

Wild Honey dates from that post-Pet Sounds period (1967); in it, Brian Wilson has become less of a driving creative force (it's his first album since Surfin' USA in which he wasn't the sole producer), allowing his brother Carl to emerge as a kind of white soul brother in tracks like "Darlin'," "How She Boogalooed It" and an unexpected remake of Stevie Wonder's "I Was Made to Love Her." It's really, really slight, with 11 brief cuts spanning all of about 24 minutes. The whole thing frankly feels like a bit of a throwaway—but what an infectious throwaway it is! Ramshackle-sounding compared to the more technically immaculate Pet Sounds, yet endlessly charming especially in its integration of R&B elements, Wild Honey is an endlessly catchy blast of The Beach Boys' usual all-American innocence, which must have sounded defiantly retro amid the tumultuous '60s. But an understanding of the historical period surrounding this album isn't necessary for an appreciation of its relatively modest yet unforgettable splendors. (And could its slightness be deliberate? Maybe there's a reason the album ends with an a cappella "Poof!")

On a more personal note: While in Los Angeles, I had a bunch of Beach Boys tunes playing on an endless loop in my head. A couple of them came from Pet Sounds ("Wouldn't It Be Nice," "God Only Knows"); "Surfin' Safari" was fairly prominent as well. Five or six of those tunes, though, came from Wild Honey.

Really. It's a blast. It will make you, yeah, smile.

Here's a clip of The Beach Boys performing "Darlin'" live in 1974, to give you an idea:

(Wild Honey, by the way, is currently available coupled with the group's Smiley Smile—an album that is also a kind of dumping ground of material from those initial aborted Smile sessions—released the same year. Smiley Smile is a decent-enough album in its own right—and hey, it features their big hit "Good Vibrations"...never a bad thing, in my view.)
Posted by Kenji Fujishima at 5/25/2010 12:01:00 AM