Cinema At A Fury-ous Height

EAST BRUNSWICK, N.J.—When it comes to Brian De Palma's 1978 film The Fury—which was the big notable DVD discovery of this past weekend that I hinted at here, and also the source of one of the two screengrabs in this post (the other, if you didn't know/couldn't guess, was from Die Hard 2)—most people seem to remember its finale: a perverse, orgasmic tribute to the apocalyptic ending of Michelangelo Antonioni's 1970 Zabriskie Point, except with a human body exploding from numerous camera angles instead of a piece of architecture.

But for me, this here is the most memorable sequence of this wondrous work:


In it, the telekinetic Gillian (Amy Irving), with the help of a nurse named Hester (Carrie Snodgress), escapes from Paragon, an institute ostensibly devoted to helping people like Gillian, but which harbors people with devious, exploitative intentions of their own. Hester, by the way, is helping ex-CIA agent Peter Sandza (Kirk Douglas) find his telekinetic son Robin (Andrew Stevens), declared dead by the U.S. government but in fact very much alive at the hands of the villainous Childress (John Cassavetes). Oh, and Hester and Peter are carrying on a love affair.

As far as backstory goes, I think that's all you need to at least halfway appreciate the brilliance of this particular sequence, as De Palma directs it.

The first thing you'll probably notice is the fact that the majority of this scene is in slow motion. Simple enough. But then, listen to the non-diegetic music that initially underscores the moment of Gillian's escape: John Williams's score literally seems to take flight the moment she breaks free from her captivity... 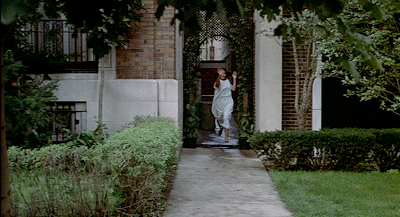 ...and Richard H. Kline's slow-motion cinematography draws out this moment of (tenuous) triumph.

But then, cut to a shot of two policemen driving in Gillian's direction... 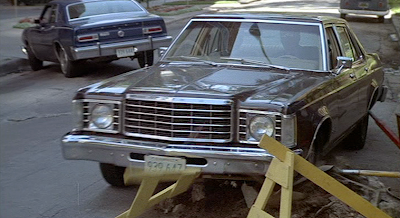 ...and the music suddenly darkens—and soon, so does the chain of events.

Peter, hiding out in a taxicab...

...shoots the driver of the car in question... 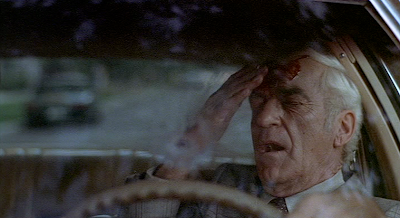 ...but it's not enough to stop the car from colliding into, and killing, Hester. 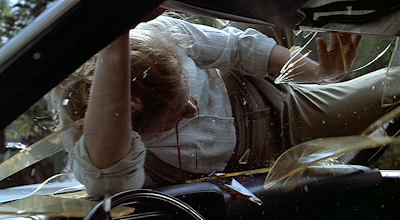 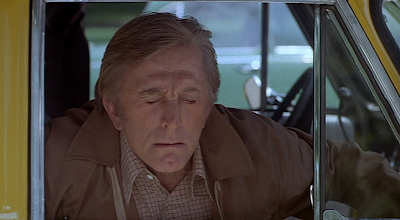 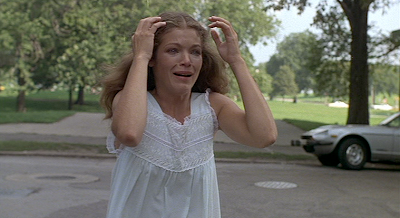 The horror is especially potent in Gillian's case: She has struggled to keep her telekinetic powers from going out of control, and yet, in a moment like this, her best efforts may not even matter. Gillian still seems to attract danger and death wherever she goes, whether her telekinetic ability is the direct cause of it or not.

By infusing the moment with such weight, De Palma adds another layer of emotional complexity to the moment Peter rescues Gillian from the clutches of another officer by shooting him three times in the chest. 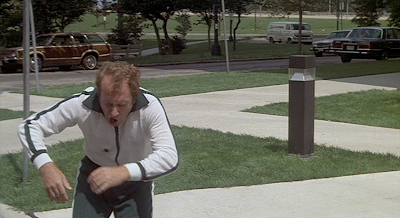 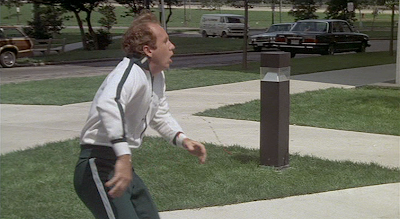 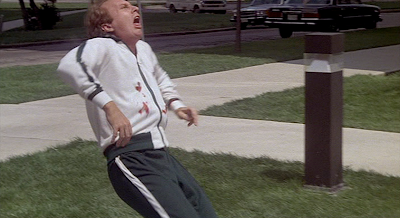 And in this context, boy, you sure can feel each shot as if they were hitting your own chest!

It's this bold mixture of serious moral weight and operatic grandeur that lifts this sequence from merely impressive to utterly sublime. But this isn't an isolated moment of genius; The Fury is chock full of them, in a film that spans a broad range of genres—from action scenes and suspense setpieces to scenes of intimate familial drama and throwaway comedy—and a wide variety of emotions while somehow managing to avoid incoherence. (Bong Joon-ho could sure learn a lot from De Palma in that regard.) De Palma—more so than in his previous film Carrie (1976)—creates a world in the film, but not just a visual one: He practically evokes a whole emotional universe, one keyed intensely into the broiling anxieties of its telekinetic pubescent characters, Gillian and Robin.

The Fury is on DVD. If you haven't seen it yet, get to it. Now! You're missing out on delirious, boundary-pushing cinema at or very near its highest form. Yes, I truly think it's that awesome.
Posted by Kenji Fujishima at 6/10/2010 12:01:00 AM