Hey, New Jersey Can Be Cool Too! A Photo Essay

EAST BRUNSWICK, N.J.—Last week, Quinnipiac University released a poll that, among other things, asked New Jerseyans how satisfied they were with life in the state in which they lived. The results were not, um, encouraging, to say the least: 75% of residents polled said they were either "somewhat dissatisfied" or "very dissatisfied," which was apparently the worst satisfaction rating ever in the state's history. On the other end of the satisfaction scale, a mere 2% said they were "very satisfied."

Wow. So do most New Jersey residents feel the same way Ted Mosby of the TV sitcom How I Met Your Mother feels?

Look. I won't lie: I'm trying to get out of New Jersey; I've been thinking about for many, many months. But it's not because I hate the place. Sure, it may not match New York in glamour and grandeur; and yeah, it costs a fortune to actually live here, what with its sky-high property taxes and all. Other than that, though, it's fine...livable...generally harmless, at least in my own personal experience of it. If New York can sometime seem to like sprawling-metropolis overload, New Jersey, even in its busiest areas, can provide a more modest, welcome respite from all that.

This past weekend, for about a couple of hours out in the heat on Saturday, I was reminded that New Jersey does have genuine pleasures to offer. My parents and I spent some time riding our bicycles around Delaware & Raritan Canal State Park near Princeton, and it was a pretty nice excursion, all in all. For a couple of hours, at least, it made me forget my desire to move to New York, and I allowed myself to simply take stock of the beauties that were right in my backyard.

To illustrate, here are some shots I took with my Canon Powershot SD400 during our brief excursion there: 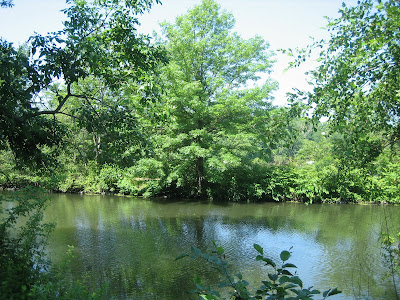 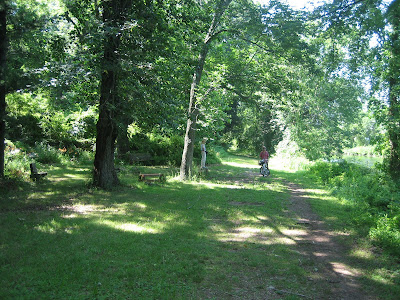 My parents, or two against nature 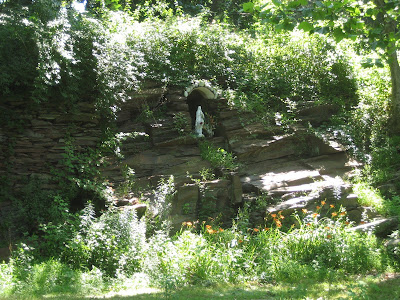 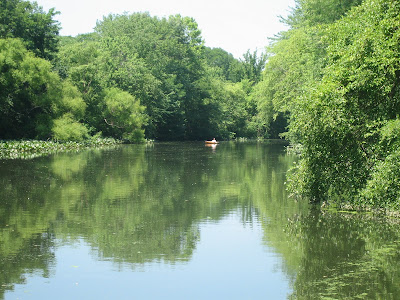 Moments of serenity, for people... 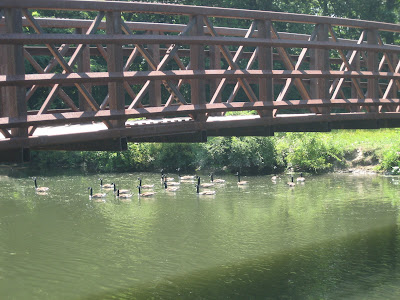 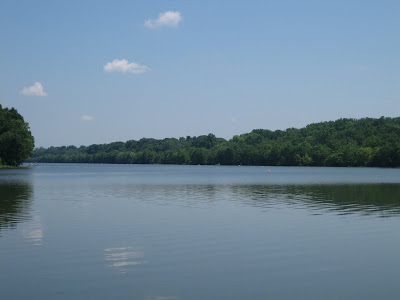 On a clear day, you can see...forever? 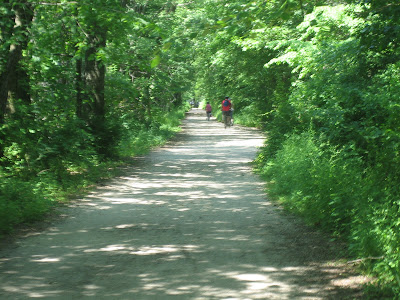 My parents riding, back... 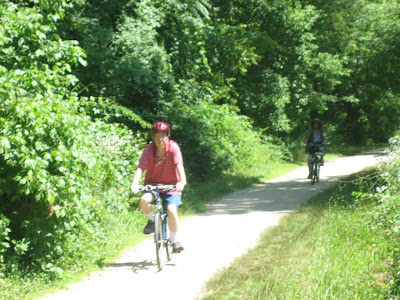 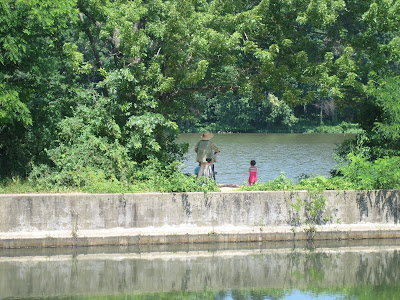 Moments of evanescent but cherishable connection 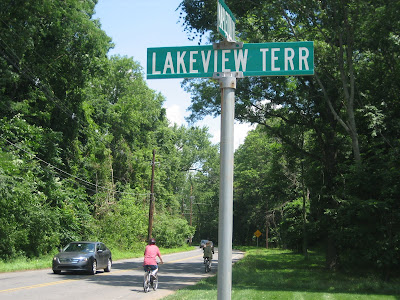 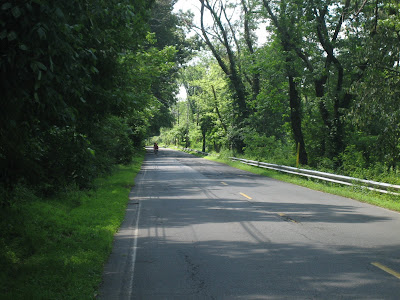