Beyond Inception This Weekend: An Unofficial Triumvirate

EAST BRUNSWICK, N.J.—Though it was by far the biggest box-office attraction of the weekend, Inception was hardly the only film I saw. In fact, the three other films I saw (I would have seen more—I was planning to catch up with both Winter's Bone (2010) and Alamar (2009) in addition to the rest—but social events, fatigue and minor computer issues prevented me from indulging in my usual weekend movie binge) could be said to form an unofficial triumvirate addressing what it is I missed from Christopher Nolan's mind-bending epic. 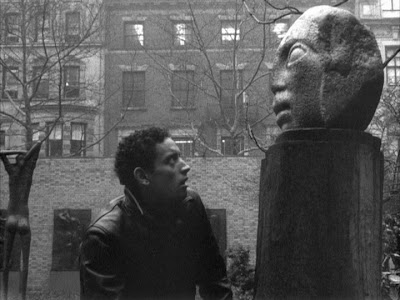 I'm finally making an effort to explore the work of legendary independent American filmmaker John Cassavetes, and in this initial encounter with his groundbreaking debut feature, I was surprised to find myself feeling more genuine exhilaration throughout this modestly scaled, wonderfully acted/improvised and poignantly evocative work than throughout the loud, graceless spectacle of Nolan's film. Obviously, comparing Nolan's narrative contraption to Cassavetes's low-key human drama is an apples-to-oranges comparison if I've ever seen one, so of course I won't say one is automatically superior to the other. But with Shadows, I felt like I was basking in a relaxing oasis of humanity after, merely hours before, sitting passively through an inelegant, if occasionally awe-inspiring, narrative machine. In other words: Wow, there are honest-to-God people in this movie that I actually care about! 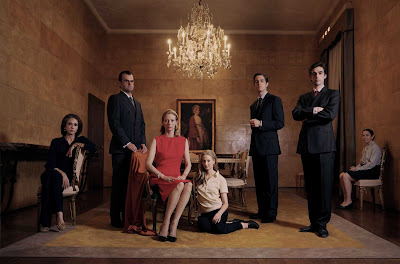 Wally Pfister once again does some handsome work for Nolan in Inception, helping to impart a sense of scale to the writer-director's grand visions with his shot selections and framing choices. But there is only so much even the most imaginative cinematographer can do in bringing a film to life for a filmmaker who simply isn't all that great at thinking in pictures. On the basis of I Am Love, Italian director Luca Guadagnino has what Nolan lacks: a distinctive eye for using images to tell a story. With the help of his cinematographer Yorick Le Saux, he turns standard melodramatic boilerplate into one lush visual wonder after another: Settings glow and brood depending on the mood of the moment, Tilda Swinton's skin gleams in the sunlight in an approximation of visual afterglow, and the dully lit environment of the upper class contrasts vividly with the ravishing brightness of the outdoors. All of this isn't merely for the sake of "blowing your mind" with eye candy; it works beautifully in concert with the film's narrative of one repressed woman's sexual awakening. It's expressive, not just impressive. 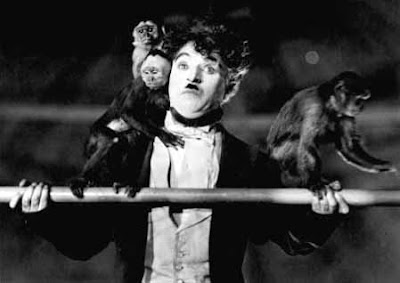 Not that I think Inception suffered from its general humorlessness; as Roger Ebert said in his most recent blog post addressing critical reactions to the film, he "didn't crack a smile while watching the film because Nolan didn't call for one." But when, in isolated moments, Nolan does see fit to inject some humor into the film—mostly from Tom Hardy's smart-ass master of deception, though Joseph Gordon-Levitt and Ellen Page share one throwaway moment of comic gold involving an impromptu kiss—the momentary cracking of a smile feels almost like someone farting during a church service. It felt almost wrong to laugh amidst the solemnity.

Charlie Chaplin's films, of course, operate the other way around: They are designed to be funny and entertaining, but that doesn't prevent them from having their serious moments. Somewhat like what Nolan tried to do with the Cobb/Mal subplot in Inception, Chaplin introduces a romance-tinged emotional thread in The Circus to provide some pathos along the way: He falls in love with the stepdaughter (Merna Kennedy) of the circus troupe's abusive ringmaster (Allan Garcia), but then finds himself filled with jealousy when the stepdaughter becomes enamored with the new tightrope walker (Harry Crocker). I'll leave the sublime resolution of this thread for you all to discover for yourselves; suffice it to say, it involves an act of selflessness that is melancholy yet uplifting—in short, profoundly moving in ways Nolan can only, well, dream about.

Yes, folks, this is exactly the kind the movie in which, as the popular ad slogan goes, "You'll laugh! You'll cry!" And it's that kind of wide-ranging emotional experience that I often crave from the cinema. For all of its visual and narrative wonderments, that scintillating variety of emotions is something I sorely missed in Inception.
Posted by Kenji Fujishima at 7/20/2010 12:01:00 AM