Inside the Mind of a DVD/Blu-ray Collector...Or, At Least, This One 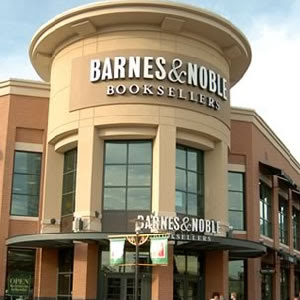 Barnes & Noble currently has a sale going on in which all Criterion Collection DVDs/Blu-rays are selling at a 50% discount, with an additional 10% off in-store purchases for B&N members.

Understand, all you non-cinephile readers of mine: This is a big deal. The Criterion Collection is one of the few home-video outfits in the U.S. committed to bringing the best and brightest of art-house and international cinema, old and new, to DVD/Blu-ray in the highest-quality editions possible, with immaculate digital restorations struck from the best prints available, and with comprehensive supplementary materials to further one's appreciation of a given film. Many consider The Criterion Collection the best in the home-video business, and they've certainly had a lot of practice; the organization first cut their teeth during the laserdisc era from 1984 onward.

Of course, as a result of the attention they lavish on the films to which they acquire distribution rights, their DVDs are priced at a premium; two-disc editions regularly go for an MSRP of $39.99, and sometimes that's the price of even a one-disc edition! Thus, any chance to grab these treasures of the DVD format at reduced prices is welcome.

So yeah, it's a big deal...as well as the source of the possibly unwelcome temptation to do something my mother would surely disapprove: the temptation to splurge. On DVDs. 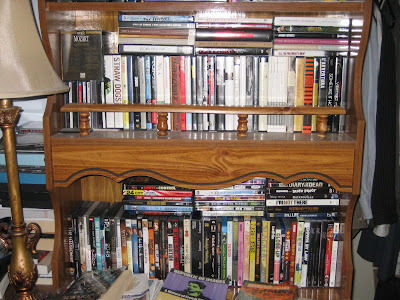 A selection of my personal home-video library


A few weeks ago, my mother was in my bedroom at home while I was sitting in front of my computer (I can't remember why exactly she was there in the first place), and out of nowhere, she blurts out: "I've been meaning to talk to you about this: Do you really need all these DVDs? You have so many DVDs, but do you actually watch them?"
I replied in my usual exasperated manner, "Yeah. They get watched. Believe me. I use them more than once."
Not that that swayed her, of course (though, to be fair, I imagine just leaving it at that probably wouldn't have swayed anyone). She went on along these lines: DVDs aren't good for keeping, they're only good for renting. You watch it once, and then return it. At least, that's what she does. Who needs to keep it forever?
"They get watched," I hopelessly insisted, and my mother then waved her hand, said "Okay" and dropped the matter. 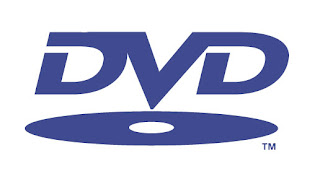 Not that she would have understood the reasons behind my impulse to collect movies and TV series on DVD and Blu-ray. But what are some of those reasons? I've been thinking about that in recent days, and here is what I've come up with...for myself, at least:
1) I, for one, enjoy occasionally taking a DVD off my shelf and either re-watching the whole film or just revisiting favorite scenes/sequences. The latter, in fact, is all I did as a younger cinephile in high school with DVDs or VHS dubs of films as varied in quality as the first four Friday the 13th flicks, the Die Hard flicks, Mean Streets (1973) and Pulp Fiction (1994). (Yes, those were some of my personal touchstones back in the day.) Most of the time, I just re-watched to savor. I don't see anything wrong with that; imagine having to go to a local library repeatedly and re-renting a film just to see these favorite scenes more than once! But, of course, there are some movies that are rich enough to yield multiple meanings and angles of interpretation even after the umpteenth viewing.
2) Then, of course, there is all that supplementary material that some DVD packages cram into a two- or three-disc set. Thing is: Unless you are, say, a critic who reviews DVDs as part of his/her day job, who has that much time to devote in a single day to, for instance, watching an entire film again with a DVD commentary track, then wading through multi-part making-of features/featurettes, myriad trailers, critical video essays and the like? (Criterion even goes the extra mile and includes booklets with critical essays and such in their packages—thus giving you great material to read as well as watch.) I once tried to cram in as many of the exhaustive supplements on this older DVD edition of Terminator 2: Judgment Day (1991) as I could in one day...and even after three hours or so, I probably wasn't even close to taking it all in.
Granted, you can certainly have supplementary discs delivered to you through Netflix; that would probably be the cheaper option. But what if you are someone like me and are constantly playing cinephile catch-up with your Netflix queue? Getting those extra discs just delays you from being able to get to that next classic of international cinema that you have been eagerly awaiting for weeks, months, or maybe even years to finally see for yourself. If you fall in love with a film hard enough that you really want to learn all the background there is to know about it, I figure, you might as well bite the bullet and buy the whole DVD package, so it'll be easily accessible when you actually do find time to explore.
3) As someone who every so often feels a great desire to capture a screengrab of a particular film frame in order to better illustrate a certain point or argument in my blog posts, I can't tell you how convenient it is to have that DVD right on my shelf for instant access to that frame. With Netflix or some other rental service, you'd have to wait a few days for the DVD to arrive in order to get that screen capture. I imagine those enterprising film critics dabbling in the critical-video-essay form feel a similar desire to have quick-and-easy access to certain clips.
4) Because I am generally pretty selective about what I decide to purchase for my private home-video collection, I see it as a kind of ever-transforming personal canon, reflective of my belief that the films I have chosen to include in the Kenji Fujishima collection are films that I believe will yield the most pleasure for me in the years to come. They are also films that define me in some way—films that often contain something in them that moves me, intrigues me, and/or makes me look at something in the world in a fresh light. An example: Goodfellas (1990) has a place in my collection because I value the ambivalence Martin Scorsese shows toward the gangster lifestyle he depicts so masterfully: you feel the glamor Henry Hill envies, but you also feel the senselessness of the tragedies it causes. I don't quite feel that same personal attachment to the first two Godfather films, classics though they are; thus, I haven't felt a driving thirst to purchase them in any format.

In the same way I consider my writing on film to be an autobiographical extension of myself, even if a piece isn't explicitly framed in that manner, so it is with the collection of films/TV series I've amassed on home video. You want to get a sense of my personality, my interests, my tastes? Peruse my collection of DVDs and Blu-ray discs. That might say more than I myself could ever tell you.

In fact, even though you aren't in my home, you can peruse that collection right here!


***
Well, those are some of the reasons I can think of for being as much of a DVD/Blu-ray collector as I am (my mother's admittedly reasonable skepticism be damned!). Of course, I don't presume to speak for everyone who makes DVD/Blu-ray collecting a hobby. What makes you decide to buy a film on DVD, even if—or especially if—you've already seen it in a theater? I'm curious.
Comment away!
Posted by Kenji Fujishima at 7/22/2010 12:01:00 AM

Email ThisBlogThis!Share to TwitterShare to FacebookShare to Pinterest
Labels: anecdotes from my life, photos I've taken, some kind of a think piece

I'm less choosy about my own stuff, but I've actually sold off or donated at least 100 titles in the last year or so because they were all movies I'd gotten as a kid and young teen that I just had no interest in ever watching again. On the whole, though, I'm easier to please and I tend to rewatch all the movies in my collection. With the exception of some Blu-Rays I only got recently, I've watched everything in my massive collection at least twice, so I still feel justified in getting them. Plus, I usually get bargains that shave off the price (this B&N sale is so good I'll end up overspending). I broke up my own collection by DVDs, TV box sets (on standard only), and Blu-Rays because it was getting too unwieldy. You can see the goofball mix of art lover and populism over here.

Thanks, Jake; I will have to peruse your apparently vast home-video collection in my spare time! (I like to think my sparse-by-comparison library achieves a similar mix of popular and art-house fare...but what do I know?)

I've seen video collections that number in the thousands, so my collection of 1,000 DVDs and 100 VHS seemed "small" in comparison. I opened an Afficionado account to list my collection, but it'd take too long and I'm too lazy to devote time to listing things. Hell, I have over 200 Criterion Collection and Eclipse DVDs alone (if I was to count each video in a box set). Oddly enough, I do not buy Blu-Rays because the players are not easily made region-free (for imports from Europe and Asia). Suffice to say, one section of a wall is all video. It's bad and I realise it.

I saw the photograph of your video collection and thought it was a decent-sized collection not to worry about. It only becomes worrisome if you were married and had to share the space (and expenditures). It's one of the things I think about sometimes: if I were to get married, I'd have to get rid of my collection (probably give it to the local libraries or my university's video collection - if they will take them). Anyway, if I were to describe your collection, it would be as "focused" and "concentrated" since it's the best of what you like and you see these more than once (hopefully). Man, your mother might see me as an enabler, so you can also take my words as a warning to not expand your collection and remain focused and concentrated.

Lastly, I think other people may view this sort of thing as a huge/crazy waste of money. However, I make sure to budget everything to include essential things such as living expenses, savings, retirement, emergency funds, etc. before I decide to binge on something such as the Barnes & Noble Criterion Collection sale. It IS wasteful, but it is measured and controlled.

Actually, notwithstanding the occasional Barnes & Noble-enabled Criterion splurge, since I moved to Brooklyn, I've mostly cut down on my DVD collecting—partly because I have access to a wider array of theatrical experiences in New York, partly because I was running out of space on my one big shelf of DVDs. Maybe all one needs is a big move (short of falling in love and getting married, perhaps) to rearrange one's priorities!