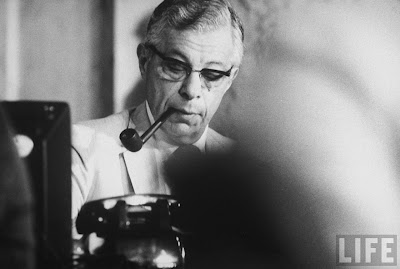 Obviously, I wasn't alive during Daniel Schorr's journalistic triumphs and controversies—an in-depth report on life under communism in East Germany in 1962, the reading aloud of Richard Nixon's notorious "enemies list" on TV (of which he was one), the trouble he got into by Congress and his network after leaking a secret report on illegal FBI and CIA activities in 1976, among other achievements—as a CBS reporter for more than 20 years. My only exposure to the man was as NPR's senior news analyst. Every time I had the radio turned to either All Things Considered or Weekend Edition I'd always perk up my ears whenever I heard Schorr's wise, grandfatherly manner stream through my radio speakers, talking about the news of the moment with wisdom, passion and refreshing (especially these days) evenhandedness.