The Epic Immensity of Yellowstone and Grand Teton

EAST BRUNSWICK, N.J.—I love the word "epic." I don't know about you, but the mere sound of that word suggests something on a grand scale. And in art, I have a tendency to immediately embrace works that dare to paint a visual/aural picture across a broad canvas, however sprawling or messy the end result may be. (But hey, who needs neat and tidy in art, right?)

But I honestly don't think I've ever quite gotten that same "epic" feeling in my own life experiences as I've done in three days of exploring both Yellowstone and Grand Teton National Parks.

Spend an extended amount of time in these areas, and you can practically feel yourself getting drunk on not only the park's multitudinous natural splendors, but the sheer overwhelming size of the park that contains all of these splendors.

You know that sense of spirituality I spoke about in this recent post? At certain precious moments, I found those out west at Yellowstone and Grand Teton. It didn't even matter that my mother was still as irritating as ever, and that she and my father almost drove me crazy with their bickering. In the face of such expansive and awe-inspiring views of nature, such personal matters seem utterly trivial.

As I came to discover during our three days of exploration, a mere point-and-shoot camera like my Canon PowerShot SD400 can't even come close to capturing the full breadth and majesty of the images I saw with my own eyes. My camera doesn't have a panoramic setting, either, which would have helped immensely.

But I sure as hell have tried, as this sample of photographs I've taken will hopefully attest: 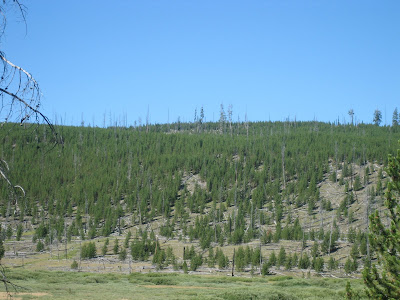 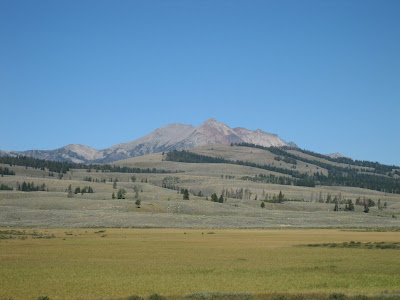 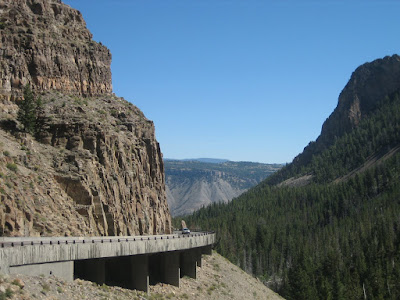 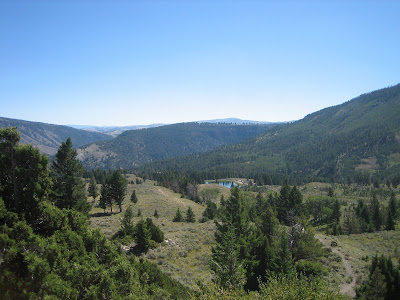 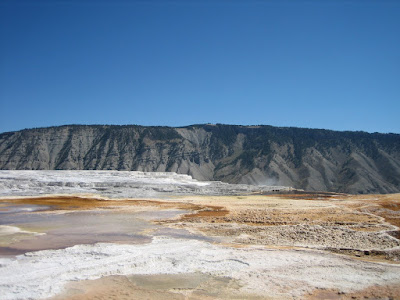 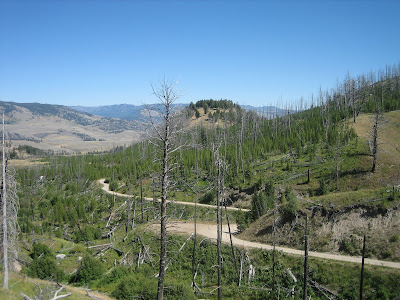 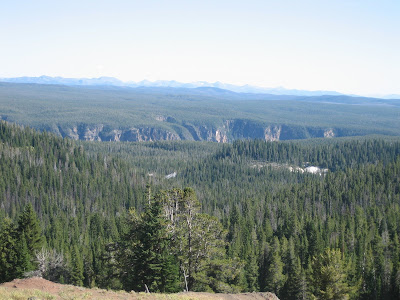 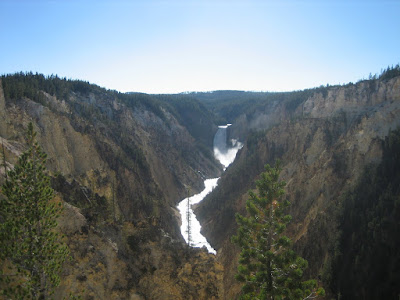 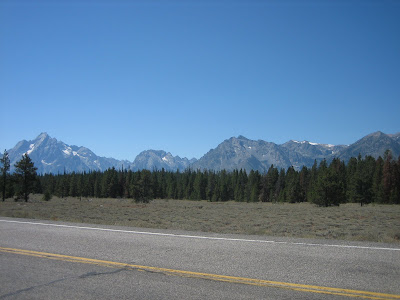 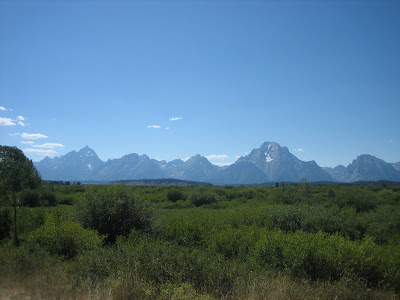 What these digital photographs lack in width, I would like to think they make up for in height.

And on rare occasions, I felt so frustrated by the limits of mere still photography in capturing the grandeur of these sights that I resorted to using the video-capture component of my camera, taking some video, and waiting 'til I returned home last night to add some appropriate musical accompaniment.

To wit, then: a full view of the Teton Range, set to a selection from Herbert von Karajan and the Berlin Philharmonic's great 1981 recording of Richard Strauss's great and undervalued Eine Alpensinfonie (An Alpine Symphony), a piece which I mentioned in my previous post:

If any cinematic subject demanded the all-enveloping IMAX format, Yellowstone and Grand Teton National Parks are it; hell, maybe one could even go so far as to resurrect Abel Gance's three-screen Polyvision technique from Napoléon (1927)!

But you know what? For once, I say, forget the movies. Who needs 'em? Here, at Yellowstone and Grand Teton, are real-life epic spectacles worth witnessing and savoring.
Posted by Kenji Fujishima at 8/31/2010 12:01:00 AM