My Year in Things Other than Film 2010

NEW YORK—One of the more obvious selling points of moving to New York, of course, was the easier access I would have to its art-house and repertory film scene. Certainly that has proved to be the case, and I have tried to take full advantage of it, taking in screenings after work on some weekdays without the expectations of having to come home at a "reasonable" time.

But a funny thing has happened to my movie-going habits since moving here: In some ways, my movie-going has taken something of a backseat to my interest in expanding my full range of cultural and social experiences here in New York. In other words, since moving to New York, I find that my life no longer revolves quite as obsessively around movies as it did when I was still living at home in East Brunswick, N.J. These days, I'm more interested in striking some kind of balance between various artistic disciplines: film, music, literature, theater, visual art and the like—because, as my mother has reminded me time and time again, movies aren't everything. (Of course, I have a feeling she had more practical things in mind when she has issued that reminder to me every once in a while.)

For that reason, I feel that no personal year-end summary would be complete without acknowledging some of my more memorable non-cinematic discoveries in 2010—a lot of them coming in the last four months of the year, after I had moved to Brooklyn. In music, literature and theater:

Top Music Discovery of the Year: 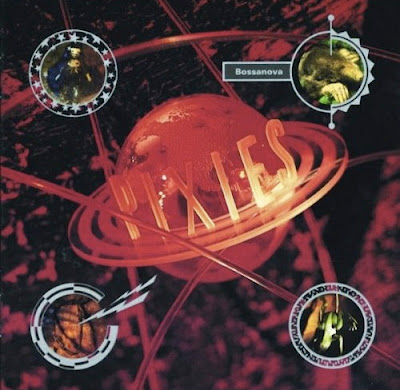 I had heard much about this Boston-based alternative rock unit over the years, and a friend of mine in East Brunswick had previously introduced me to parts of their second album Doolittle (1989). This year, though, I was reminded of the group when I went to see French filmmaker Olivier Assayas's third feature Paris at Dawn (1991)—screened as part of Brooklyn Academy of Music's Assayas retrospective in conjunction with the official U.S. theatrical release of Carlos—and witnessed one of the film's stars, Judith Godrèche, dancing in a club to "Debaser" during one scene. So when I went to this year's WFMU Record + CD Fair in October and saw CDs of both Doolittle and their first full-length album Surfer Rosa (1988) available for $5 apiece, I decided to pick them up and start exploring.

Most people seem to cite Doolittle as their best album, and in some ways, I suppose it is: more stylistically varied, but with arguably more memorable melodies than in their debut. Compared to that one, their third album, Bossanova, sounds slicker and more consistent in style and tone. And yet, this is the one I find myself returning to over and over again, from its apocalyptic cover of the Surftones' "Cecilia Ann" to its lyrical closer "Havalina." Lyricism, in fact, is one quality Bossanova manages to exude even at its most hard-rocking, with atmospheric melodies buttressing lead singer Black Francis's obsessions with women and outer space. We all knew the Pixies had attitude from their first two albums...but who knew they also eloquence in them, too?

Top Literary Discovery of the Year: 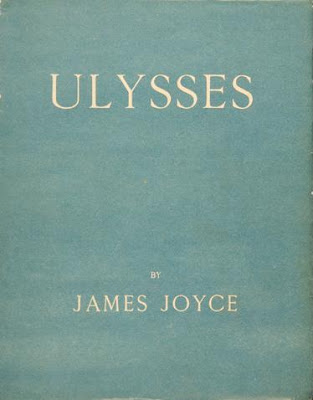 Much has been written about this masterpiece of modern literature, of course...but all those dry exegeses of Joyce's intricacies of language and numerous literary, historical and cultural references obscure just how fascinating it is to actually read the darn thing. It's not an easy read, to be sure; Joyce doesn't always make it easy to comprehend what is actually going on in his "narrative," so to speak. But does it necessarily matter, in the end? What Leopold Bloom and Stephen Dedalus get involved in in the course of the book's narrative is fairly mundane: They eat, drink, reminisce, sin and feel guilt like the rest of us mortals. The thrill of Joyce's restlessly experimental prose, though, comes from the realization that here is a true artist of words transforming ordinary experience into something beautiful, and reaching all the way down to the Greek epic tradition to do so. In one grand masterstroke, Joyce not only pushed the boundaries of literature, but also managed to imbue common human experience with a nobility that many writers seek but few successfully achieve. I don't normally collect books, but Ulysses was an exception; I already can't wait to read it again.

Top Theatrical Experience of the Year:

Tony Kushner's two-part epic about humanity, politics and spirituality during the AIDS crisis in the '80s was revived by the adventurous Signature Theatre Company this fall, and while this new production overall feels more like a respectful, if still startlingly effective, reiteration than a bold reimagining of by-now familiar material, the drama still packs enough of a wallop over the span of its seven hours that it hardly matters, in the end. I'm biased, though: Being that my first experience with this play was through Mike Nichols's HBO miniseries adaptation, I am just grateful for the opportunity to see it performed on a stage in my lifetime—because, as good as the miniseries is, Angels in America feels much more revolutionary on a stage. And the material is still revolutionary, even as its topical immediacy has somewhat faded. It remains one of the great works of modern art, in any discipline, and still powerful in its theatrical daring and deep humanity.

Oh, and this new production has Zachary Quinto in it—the man many of you might know as young Spock from the recent Star Trek reboot, or as Sylar from the TV series Heroes—playing the guilt-ridden Louis Ironson. He's quite good in it, too. And he also took this photograph with me: 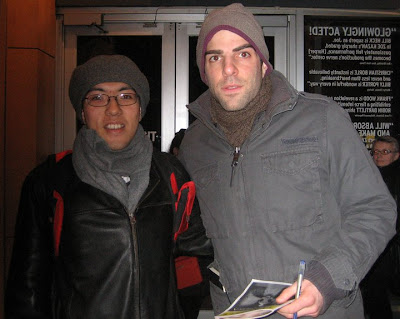 As you can see from my relatively sparse literature and theater lists, and the absence of a visual-art list, there are still major gaps in my overall cultural enrichment. So: read more books, see more theatrical productions, and go to more art museums. Those all sound like good New Year's resolutions to me!

I think the majority of my musical explorations in 2010 was in non-"classical" work. But I did mention a couple of classical records in the music section that left the deepest impression on me. I had never heard the Berlioz Requiem before hearing the Munch recording, for instance; and while I had heard some of the more famous moments of Figaro, I didn't hear the whole thing complete 'til introducing myself to the classic Kleiber set.

I probably could also have mentioned Fritz Reiner's 1957 RCA recording of Mussorgsky's Pictures at an Exhibition, which I heard for the first time this year...but that's a work that I know intimately by now, so that felt like less of a discovery than the others (though the performance is really, really great).

Interestingly, Bossanova is the one Pixies album I've never been able to get heavily into. I love all their others, and would find it hard to pick between them, so every once in a while I decide to try Bossanova out again, and while it's not bad by any means, it does seem a bit lacking in their signature energy. Their last album, Trompe le Monde, tweaks the formula again, going for more straightahead rawk, and in my opinion it works much better.

That Joanna Newsom album grew on me big time this year. At first I was just disappointed that it wasn't another Ys — an absolutely stunning masterpiece — but the more I listened the more I found to love about it. It's not too consistent (and what triple LP could be?) and a few of the quieter tracks do get a little samey towards the end, but what works, works really well.

And Aquemini's brilliant, eh? Their best album by some distance, although all of them are pretty solid. If you haven't heard it yet, Big Boi finally released his long-delayed solo album this year, and it's excellent, probably my second-favorite OutKast-related disc after Aquemini.

I neglected to mention Trompe le Monde, but I do like that one a lot as well. I would concede that there is a certain sameness to some of Bossanova that might be less than enthralling to some ears. I guess where one might hear "dull consistency," I hear "thrilling coherence." Plus, I find its spacey textures intoxicating (though Trompe le Monde has more of that too).

As for the Newsom, I wrote about it here, so I'll let that speak for itself. (The next time she performs in concert, I am totally there.) And as for OutKast: Yeah, I think I'm with you on Aquemini...though Stankonia isn't too far behind. I also really do like the wildly experimental André 3000 half of Speakerboxxx/The Love Below as well. Haven't heard the Big Boi yet, but I've heard a lot of good things.