You Know You're a Cinephile When...

NEW YORK—...you start to have dreams about movies...even ones you haven't even seen yet!

Last night, I dreamed that I was on the countryside, and that I heard about the midnight screening of a film that I had heard about as a kid but had never seen. So I tried like hell to make this midnight screening...but then ended up getting there way too late. I think it was about this time that I woke up from my dream.

The film I was trying to catch? Considering that this came up in a dream, maybe it's fitting that that film was... 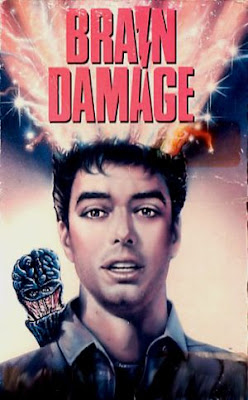 ...Frank Henenlotter's 1988 horror film Brain Damage. It's yet another one of those horror titles I referred to in this post whose VHS covers I frequently passed by at a local video store, and whose box art—plus a three-star capsule review from Leonard Maltin's Movie Guide—always tantalized the heck out of me. But no, I still haven't seen it yet.

Now, thanks to this dream, I feel like diving into the work of Frank Henenlotter. Maybe I'll finally get around to Basket Case (1982)? 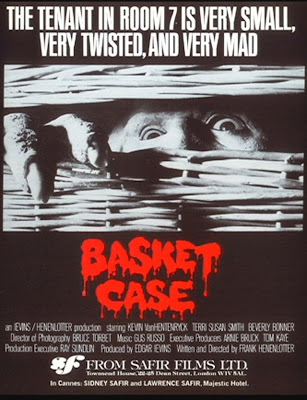 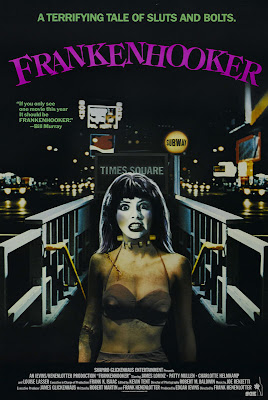 Apparently even my dreams give me movie recommendations!

Email ThisBlogThis!Share to TwitterShare to FacebookShare to Pinterest
Labels: anecdotes from my life, dreamin' about movies, Frank Henenlotter

I once dreamed that I was going to see "Meek's Cutoff" directed by Lars Von Trier. Negative experience to say the least, but the actual movie was worse in reality.