Thinking Like a Director in the Documentation of One's Own Life

BROOKLYN, N.Y.—One byproduct of having so many easily accessible forms of media at our disposal every day is that we sometimes find ourselves making decisions as to which form is better at capturing a given moment in our daily lives. Or, at least, I do.

This past Sunday offered a case in point. The Dominican Day Parade was held here in New York on Sunday, and it proceeded up Sixth Avenue, past my office building. And certainly no one who was working at the News Corp. building that day could avoid hearing the festivities outside; that's how raucous it was. But hearing the din from my indoor aural vantage point was nothing compared to stepping outside my office and experiencing all that noise blasting into my face, as occurred when I went out to grab some lunch.

Here's where the personal decision-making came in. I wanted to capture a sense of this scene and share it with all of my Twitter followers/Facebook friends, so I instinctively took out my iPhone and took a photo. But then I realized that no photograph, however lively or colorful, could do justice to just how loud it was out there. So, after I had grabbed my lunch, I took out my iPhone again and, while walking past the parade on the way back to my office, shot this video:

I think that better captures the moment, don't you? (I didn't keep the photo I took, in the interest of saving space on my iPhone.)

There have been other times, though, where I went the other way and settled for still images rather than videos. Back in June—on June 20, the day of the summer solstice, to be exact—Times Square was transformed into a massive yoga studio of sorts, with four 90-minute sessions scheduled throughout the day for yoga enthusiasts all over the city could participate. I didn't participate, but I did drop by during the last session of the day to see what it was like. Again, I wanted to share what I was observing with friends online. To that end, I snapped these photos: 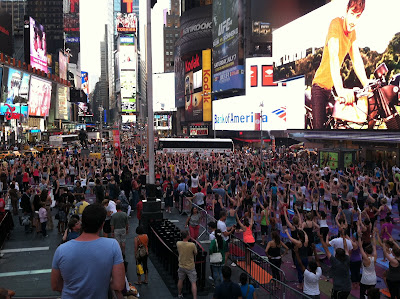 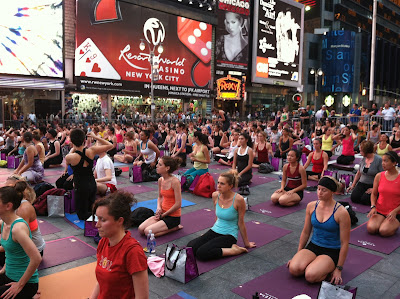 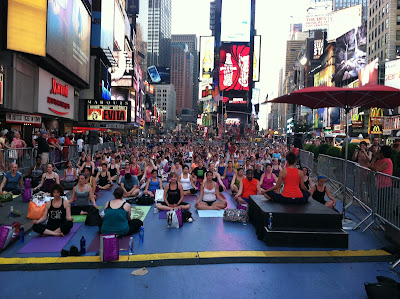 Then I thought about whether taking some video might further enhance my audience's sense of the scene. I did shoot one, actually, but I wasn't satisfied with the result (I think it was just a matter of me just missing an exciting moment before I turned my iPhone camera on and not finding anything of much interest subsequently). In the end, though, I decided that those photos above were enough to convey at least a measure of the sheer vastness of the scene; there wasn't anything about the event that I thought was special enough to lend itself exclusively to video. (The only thing I wish I had on hand, really, was a panoramic lens that would have done an even better job of capturing the full breadth of the army of yogis doing their thing in Times Square. I could have given even that old French filmmaker/madman Abel Gance—in Napoléon mode, of course—a run for his money in the widescreen-panorama department!)

Even when sticking with one visual medium, however, there are possible choices to be made thanks to phone applications and such. Consider Instagram. Instagram, for those who don't know much about it, is an app that allows users not only to share photographs they take on the go with their smartphones, but also to apply filters to give your photos a special look to them; one could theoretically make your photos look much older than they actually are, for instance. Many friends of mine add a filter to just about every single photo they take. I, however, tend to be more selective. So sure, an image of Sailboat Pond in Central Park on a sunny Saturday afternoon arguably deserves to be enhanced a bit with a filter, as this one was... 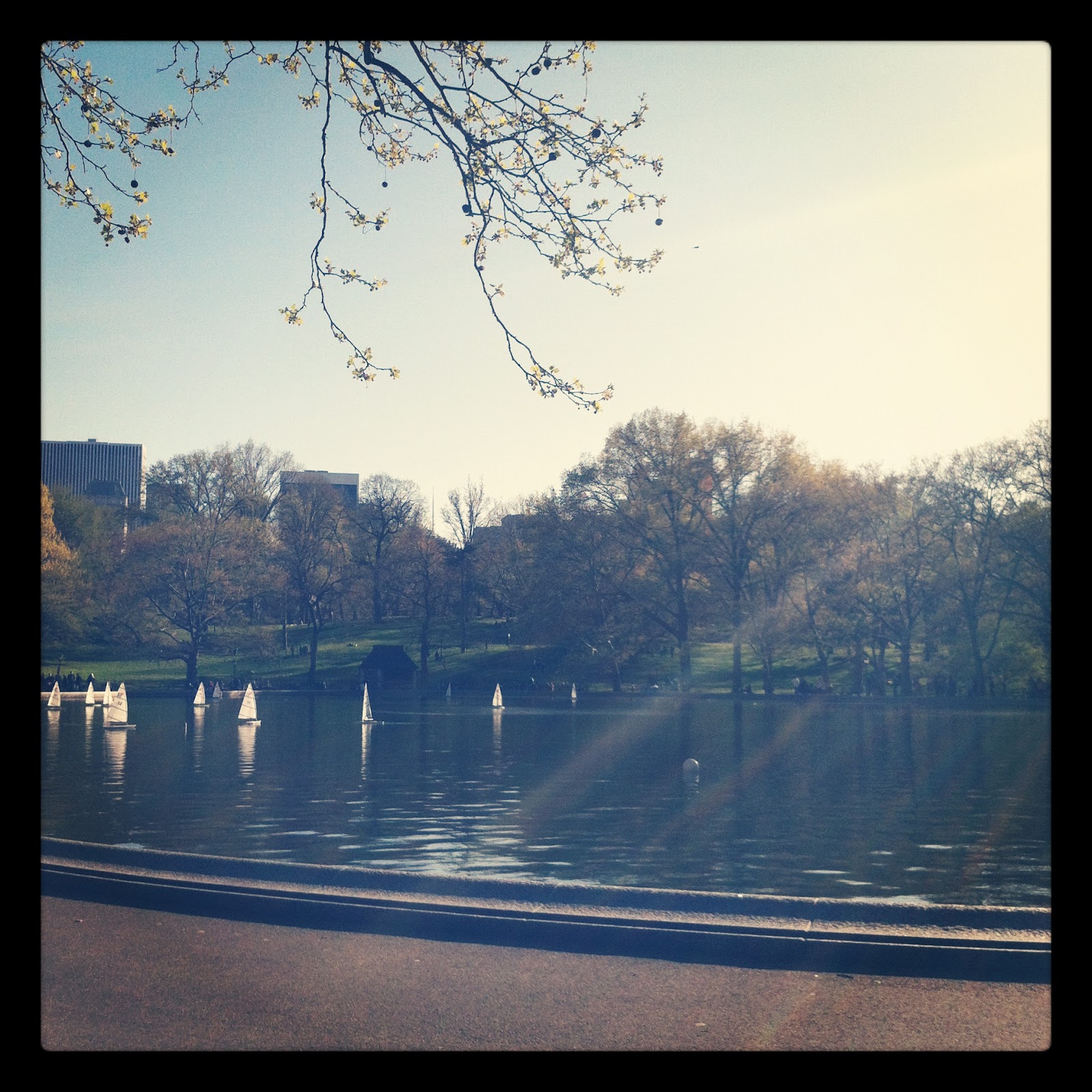 ...but I'm not so sure even the snazziest filter could turn this trash heap into gold:


In our media-saturated world, and with social media seemingly inspiring all of us to turn our lives into entertainment to share with the masses, the choices which face us all as far as how we engage in this public documentation are seemingly limitless. Have any of you dear readers ever found yourself having these kinds of private debates about the best way to capture a real-life moment in digital amber, so to speak? If so, I'd love to hear your stories in the comments section!

(Of course, one could also simply give all this digital and social media the finger and just, you know, live life in the moment. There's that option, too.)
Posted by Kenji Fujishima at 8/15/2012 08:00:00 AM

Last weekend I was having a few drinks at a New Orleans-themed restaurant that had just opened in town. It was grossly hot and muggy and the place was packed, but the atmosphere was incredible. They were playing a Tom Waits album front to back at full volume, which made it even better, and I really wanted, like you, to share the experience with my friends online. But a picture couldn't do it justice, even with a trendy filter. Maybe what we need is an Instagram for cinema?

An Instagram for videos? That would be cool. Maybe a Final Cut Pro-like app that can help someone manipulate videos while on the go rather than having to wait until later to edit/jazz up?

Apparently (from doing some quick Google research just now), there's an app that may point us in such a direction (though, unfortunately, this only works for videos that last a mere two to three seconds): http://gizmodo.com/5883792/cinemagram-for-iphone-like-instagram-with-cinemagraphs.

What's the point of mass urban yoga? Yoga is supposed to be introspective, spiritual, calming, and serene. Why do yoga with hundreds of others in the middle of a busy street in a hustling bustling city--the capital of world finance no less--between buildings plastered with symbols of materialism?
Is it like NYers wanna have the cake and eat it too? Enjoy the life of glitz but also pretend communion with nirvana? They should just watch Tree of Life instead.