A Placeholder, With Two Videos

EAST BRUNSWICK, N.J.—Someday—someday soon, I hope—I will get around to mounting a defense of Martin Scorsese's latest film, Shutter Island, which I genuinely think is a near-great film, quite possibly his best in over a decade. Certainly, it feels to me like his most deeply personal work in quite a while, with thematic and emotional depths—including links to his past films—that connect with its feverishly expressionistic visuals to move beyond its pulpy psychological-puzzle aspects into something more haunting and thought-provoking. In other words, it's more than just a brain teaser with a big twist; alas, that seems to be the only level at which a lot of the film's strongest detractors seem willing to engage. The dismissiveness of some of those dissenting opinions kinda frustrates me, to be honest...but, hey, if you don't feel it, you don't feel it. All I can do is just shrug my shoulders and try to set forth my reasons for liking it—which I aim to do...someday soon.

In the meantime, I'll direct you all (if you have not yet read these pieces) to Glenn Kenny's review of the film at his blog Some Came Running, Ryan Kelly's at Medfly Quarantine, and Richard Brody's series of posts on the film at his New Yorker blog The Front Row for critiques that strike me as the most perceptive on the matter of Shutter Island. And if any of you would like to try to engage me on the film, please feel free to do so in the comments page of this post, or on Twitter (@kenjfuj). I'll try my best to match up to the reviews above in depth and insight.


***
For now...how about a couple more YouTube videos? I got two for you today. 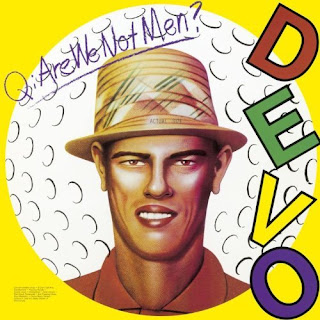 1. A while back, I finally got around to acquainting myself with late '70s/early '80s American new-wave band Devo's first album Q: Are We Not Men? A: We Are Devo! For the most part, I was pretty bowled over by it, but there's one song on it in particular that I connected with: "Mongoloid," a metaphorical song about how even someone with a major disability can go through life seemingly unnoticed in American society. As someone who every so often feels like an intellectual lightweight masquerading as normally functioning adult (yeah, I'm sometimes deeply insecure; what of it?), the tune resonates, in its own geeky-freaky-totally awesome way.

Here's Mark Mothersbaugh & co. performing it on French television in 1978 (though at a tempo much quicker than the one on the album): 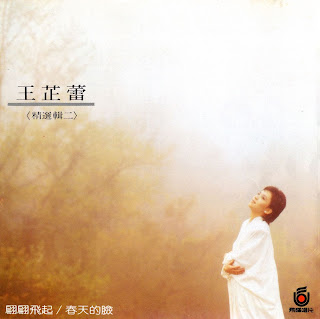 2. It must have been because today was such a nice spring-like day, but "翩翩飛起" (roughly, "Handsomely Flying," as implied by Babelfish), a lovely Taiwanese pop tune from 1985, popped into my head and stayed there. The singer of this tune is 王芷蕾 (Jeanette Wang), who quite possibly had the most sheerly beautiful voice in Taiwanese pop during the 1970s and '80s. If you want to know what an angel might sound like, just listen to her. Seriously.

Or watch this video: