As I have said before, I don't really care much about the Oscars beyond an occasion to get together with friends and possibly get drunk...but if Hollywood feels the need to pat itself on the back in an overlong televised pageant for what it considers the best and brightest in cinema in 2009, to the general eye-rolling consternation of cinephiles everywhere—then I might as well take the opportunity to do my own personal back-patting.

Welcome, then, to the First Annual Fuji Oscars! Today, I will forgo all Oscar hype and bestow honors on my personal favorites in some of the award ceremony's major categories. All that was released theatrically last year is fair game—so no arcane rules disqualifying worthy candidates, and no undue emphasis on American films over foreign ones.

Winners will take home a miniature golden statue in the shape of me trying to pose like Buddha while standing up:

Which distinguished actor, actress, producer and/or director wouldn't want that in his/her trophy case, am I right?

Because I don't believing in blowing this award ceremony up to overly Brobdingnagian proportions, let's get right into it:

Best Performance By an Actress in a Supporting Role:
Mélanie Laurent, Inglourious Basterds 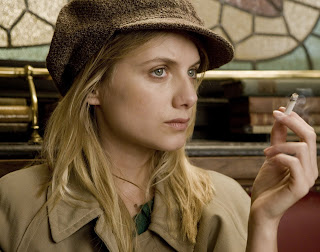 Granted, she's probably more a leading actress than a supporting actress...but, if the Academy of Motion Picture Arts and Sciences hadn't overlooked her in the first place, I have a feeling she might have been lumped into the supporting-actress category. So I will follow suit. Either way, she's...well, dynamite; Quentin Tarantino fetishizes her accordingly (thank you, David Bowie!) while still respecting the deep anger and pain she evokes. In short, she provides a much-needed emotional center to the film's canticle of mayhem and movie love. Plus, her ominously laughing "face of Jewish vengeance" illuminates the movie image of the year, bar none.

Best Performance By an Actor in a Supporting Role:
Saul Rubinek, Julia 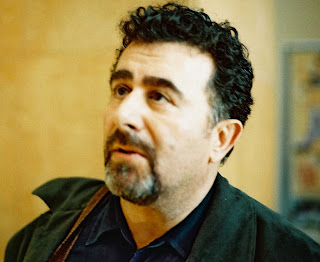 My apologies to Christoph Waltz, who really is quite great as the charismatically amoral Col. Hans Landa in Inglourious Basterds, but Rubinek gets my vote for pretty much one reason: that heartbreaking monologue he delivers to a massively hung-over Tilda Swinton in which he recounts his own personal experience of how he endangered and drove his family away with his alcoholism. Frankly, he more movingly suggests the personal tragedy of alcoholism in about five minutes than an endlessly showy Swinton does in the film's 145. To me, that's nothing to sneeze at. 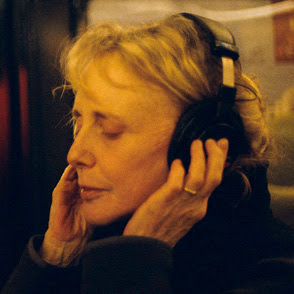 Time to do something Armond White has never done regarding his reversal on The Hurt Locker and confess a change of heart: in hindsight, Claire Denis's 35 Shots of Rum should probably have been my No. 1 of 2009 instead of Olivier Assayas's still pretty fantastic Summer Hours. If I'm going strictly by Roger Ebert's "elevation" criterion, then I probably felt a bit more of it in Denis's poetic and lyrical sensibility than in Assayas's relatively more prosaic style. Under her direction, so much is suggested simply through images and gestures that it occasionally boggles the mind. So yeah, she would get my vote in this category. Plus: "Night Shift."

Best Performance By an Actress in a Leading Role:
Gabourey Sidibe, Precious: Based on the Novel Push by Sapphire 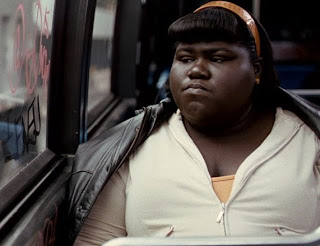 You remember those famous lines Warren Beatty uttered in Robert Altman's McCabe & Mrs. Miller (1971): "I got poetry in me"? Well, Gabourey Sidibe has got poetry in her, and she shows that remarkable soulfulness amidst Lee Daniels's miserablist freakshow, elevating exploitative trash into something occasionally quite moving in spite of itself. I'm genuinely curious to see what she does next as an actress.

Best Performance By an Actor in a Leading Role:
Tom Hardy, Bronson 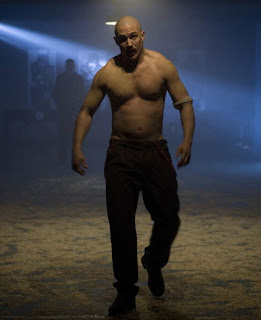 Certainly the most thrillingly ferocious performance of last year, Tom Hardy imbues his portrayal of notorious British prisoner Michael Peterson, also known as "Charles Bronson," with a brute theatrical force that very nearly gives real substance to Nicolas Winding Refn's otherwise shallow conception of the character. This is a man who courts public attention with a rip-roaring sense of entitlement; Hardy, with charisma and imagination, makes you feel that in your bones without ever condescending to the character. 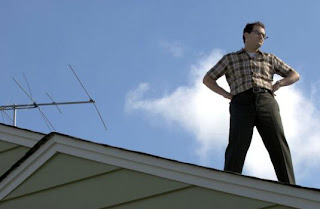 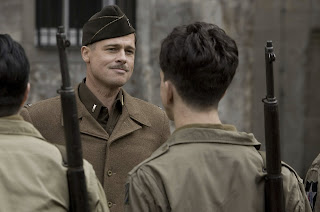 Inglourious Basterds was probably the most fun I had in a movie theater last year (though I still maintain that the film cuts much deeper than its entertaining surface might indicate). But the Coen Brothers' latest speaks deeply to the way I tend to view the world. I guess I value A Serious Man more—but really, I can't choose between the two. So I'll choose both and call it a day.


A few other awards:

Because I'm a bit less enthused than many others by some of the creative-obscenities-passing-for-wit in the otherwise slashing In the Loop (yeah, it's cool that a character uses Love Actually as a way to shut someone up, but so what?), I'll give Anderson & Baumbach's adaptation of Roald Dahl's children's book a nod here—if nothing else, because Anderson transforms Dahl's book into something, well, distinctly Andersonian.

Tarantino has always been acclaimed for his dialogue, sure, but his effervescent way with words is put to perhaps his most focused and purposeful use yet. Also, a film critic as British soldier? My mind boggles at the audacity.

Jia Zhang-ke's film is actually a blend of documentary and fiction, not a straight-up documentary, featuring as it does professional actors like Joan Chen and Zhao Tao alongside real-life factory workers. But it's a fascinating, provocative blend, one that fulfills some of the expectations of the documentary form while subverting and questioning it. Not totally a documentary, you say? Hey, I told you I was playing by my own rules here!

See above, in the "Best Director" category.

What can I say? For all its lapses into cutesy pandering, Up touched me deeply. I'll let my end-of-year blurb on the film do the talking.

Very nice compilation. I'm embarrassed to admit that I still haven't touched my "Bronson" screener, but, well, there it is. And the Academy can continue to keep its tail between its legs as long as it continues to snub great artists like Denis, whose "35 Shots of Rum" should have by all rights been among "The Hurt Locker" and "Inglourious Basterds" as one of the most nominated films of the evening (I'm guessing you avoided discussing your adoration for the latter with a certain female party guest? Either that or you eloquence in conversation suited you far better than I; had I not been inebriated, I might've had to simply walk away ^.^).

This certain female party guest and I briefly spoke about Basterds, but we didn't get very far in our discussion—or at least, not to the point that I was forced to use my supposed "eloquence in conversation" to defend my love of that film. By the time she started ranting against QT, I apparently had moved onto a different conversation.