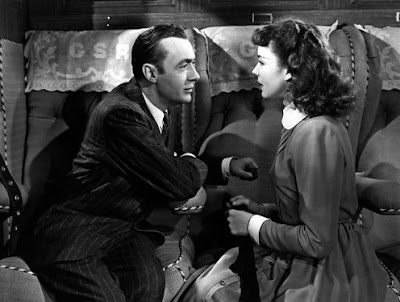 Lubitsch's work—often celebrated for its generally high level of wit and sophistication—remains one of my many cinematic blind spots, so, thanks to a new 35mm print of Cluny Brown at Film Forum that was screened throughout last week, I was able to take one small step toward filling in that particular gap. What I discovered was a comedy of manners that cloaked a slashing satire of class differences in elegant manners, witty dialogue and warm humanity.

The two main characters here are both outsiders: Adam Belinski (Charles Boyer) is a Czech writer who has taken refuge in the U.K. to escape Nazi clutches on the eve of World War II, while Cluny (Jennifer Jones) is a vivacious amateur plumber whose uncle—complaining that she "doesn't know her place" in society—sends her off to work as a maid in a wealthy country estate owned by the Carmels. A woman who is an amateur plumber? In high British society, that's not only something that isn't seen every day, but is also something to be actively hidden and suppressed, it seems. Too dirty a vocation for a "proper" woman, perhaps? In the vision of high society Lubitsch conjures up in Cluny Brown, many things are frowned upon beyond all reason other than blind acceptance: Servants, for instance, are not allowed to mingle with those they serve, much less become romantically involved with them. Even in Cluny herself, a battle rages on between her expectations of a settled life from Wilson (Richard Haydn), the boring nasal-voiced pharmacist; and Belinski, the outsider who encourages her to give in to her passions. 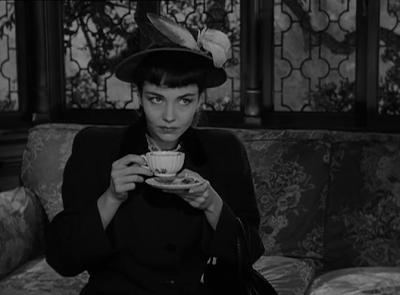 Throughout Cluny Brown, Lubitsch delights in tweaking our expectations of characters. Belinski, for instance, is considered a hero by the Carmels' son Andrew (Peter Lawford)—but while Andrew worries loudly and often about whether he's doing enough to combat the impending Nazi threat, Belinski himself barely seems bothered by all that. And the script (by Samuel Hoffenstein and Elizabeth Reinhardt, based on a novel by Margery Sharp) adds another romantic relationship to the mix—Andrew's chasing after the chilly socialite Betty Cream (Helen Walker)—that acts as a kind of reflecting mirror of the Cluny/Wilson relationship, one borne more out of societal/personal expectations than deep passion.

Lubitsch's bite is sharp, for all the surface urbanity...but, most importantly, it is also deeply empathetic as well. There's real pathos, for instance, in the way a scene in which Cluny dines with the Carmels ends in something like heartbreak when the Carmels slowly realize they have been eating with hired help and turn off their affectionate stance towards her; apparently, eating with servants is considered beneath them. And, of course, there's the disappointment in Boyer's voice when he hears about Cluny's tryst with Wilson—though Belinski, ever the gentleman, hides his romantic feelings and supports her anyway. Of course, as with most romantic comedies, the two leads finally do come together in the end—but thankfully, their consummated love feels less like preordained formula, and more like an inevitable union of confidants trying to navigate their way through the puzzlements of a society that can't help but seem somewhat alien to their romantically impulsive selves, however much they try to conform within it.

Cluny Brown is funny and romantic, sure...but it is also packed with wisdom and deep feeling. It was a wonderful way not only to introduce myself to Lubitsch, but to close out a very fine 2010.


***
Then 2011 hit. And what was my first film of this new year? It wasn't Blue Valentine, which was sold out at the screening a friend and I were aiming to catch Saturday evening up at Lincoln Plaza Cinemas. Instead, after dinner with another friend from out of town, my buddy and I decided to go over to Lincoln Center's Walter Reade Theater for a screening of yet another classic neither of us had seen 'til then: Melvin Van Peebles's groundbreaking blaxploitation firestarter Sweet Sweetback's Baadasssss Song (1971), celebrating its 40th anniversary this year. 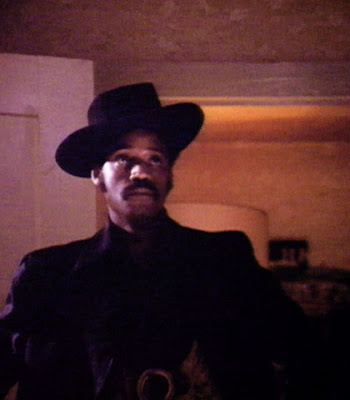 Firestarter? You bet! Even 40 years after its release, the film still manages to pack an incendiary wallop, politically and cinematically. From an opening title card dedicating the film to "all the Brothers and Sisters who had enough of the Man" to a closing title card imploring all of us to "watch out" for Sweetback coming back to eventually "collect his dues," Van Peebles's film—made quickly and on the cheap, and looking bracingly raw and ramshackle as a result—pulses with anger at the injustice blacks suffer at the hands of whites.

After filling in Sweetback's backstory—featuring a scene in which a young Sweetback (played by Melvin's son Mario, who would later chronicle the making of his father's film in his 2004 film Baadasssss!) is seen having sex with a much older woman—the film basically becomes a series of episodes in which the mostly silent character (played as an adult by Melvin himself) witnesses police brutality, fights back, hides out, runs away and gets help from his black brothers through it all. The film's sense of agitation extends to its guerrilla filmmaking style: handheld camerawork, whizz-bang montages and a soundtrack featuring a funky/gospel-tinged/jazzy Earth, Wind and Fire score, cues from which Van Peebles sometimes overlaps. Viscerally speaking, Sweet Sweetback's Baadasssss Song often seems to coast simply on the energy of its balls-to-the-wall technique. And even though Van Peebles's sense of visual play isn't quite enough to transcend a certain creative fatigue that sets in during its last half-hour, the film, at the last minute, rallies for a shocking, gruesome and hilariously liberating final jab involving a skinned dog.

If Cluny Brown is about people who long to embrace their, um, badass sides, Sweet Sweetback's Baadasssss Song is about people who have decided they're not going to take it anymore and embrace it to the point of righteous violence. Longueurs and all, it's still one hell of a movie...and an invigorating start to another year of movie-watching. 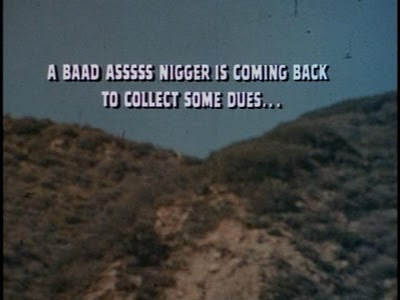