The Rest of Ebertfest, Part I

BROOKLYN, N.Y.—Here is some of the rest of my foreshortened Ebertfest recap—basically a bunch of capsules with a few odds & ends to finish it off. 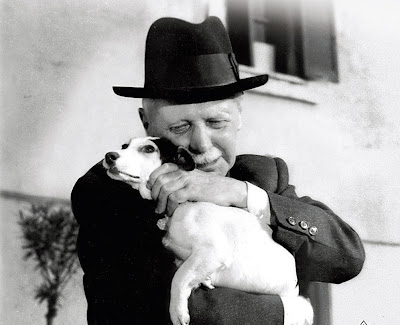 Umberto D. What's left to say about Vittorio De Sica's late-neorealist 1952 masterpiece that hasn't already been said? Only that the key word to understanding the film's everlasting power is "dignity," and that while newer filmmakers like Kelly Reichardt, Lance Hammer, Lee Daniels and Courtney Hunt prefer, to varying degrees, to stage undignified horror shows out of poverty, De Sica humanely focuses on the title character's quest to remain dignified even as he finds himself in increasingly dire living conditions. The result isn't exactly uplifting—Umberto Domenico Ferrari (Carlo Battisti) does eventually lose his home by the end and contemplates suicide with his dog in tow. And yet, with that emphasis on a man trying to hold onto his personal dignity, the film is somehow life-affirming in its own way. 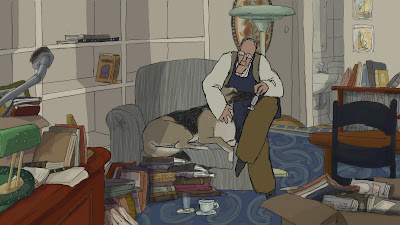 My Dog Tulip. Here's another film featuring a dog as a human's closest companion. The human in this case is writer J.R. Ackerley (voiced by Christopher Plummer), who has gone through a lifetime of disappointments with female companions and decides to turn his affections to the titular German shepherd he adopts. Even when Tulip turns out to be a handful, though, Ackerley recounts his experiences with a nostalgic wistfulness in his omnipresent voiceover narration. Meanwhile, husband-and-wife directing team Paul & Sandra Fierlinger illustrate Ackerley's tales with lustrous watercolor animation that actually does suggest paintings come to life. My Dog Tulip—based on Ackerley's own memoir—is especially admirable, in the midst of all these Disney nature documentaries that shamelessly anthropomorphize the animals they present onscreen, for its general refusal to assign Tulip human characteristics to explain her behavior. Ackerley is too thoughtful to fall into such a trap; his voiceover narration occasionally detours into ruminations on the nature of human attraction to dogs and other such broader topics. Tulip, in Ackerley's memoir and in this film adaptation, remains an eating, pissing and shitting animal to the very end—and he loves her more than he's ever really loved anyone else. That's a funny thing, when you think hard about it. 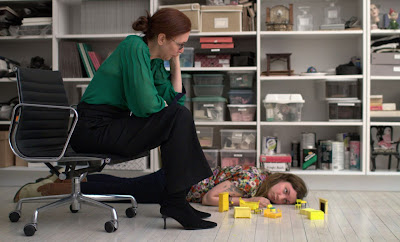 Tiny Furniture. No dogs in this movie, but this does feature its writer/director/lead actress Lena Dunham telling seemingly everyone around her that she's in a "post-graduate delirium"—but doing it in a way that makes us—or maybe it's just me, judging by the very vocal response from this film's detractors that I've encountered on Twitter—wonder whether she's merely using that as an excuse to indulge in self-pity, aimlessness, etc. It's that kind of willingness to lay bare her own faults that suggests to me that mere "narcissism"—the common knock against the film—is far from Dunham's mind. I suppose one person's self-examination equals another's narcissism—but if self-examination equals "narcissism," then what of Federico Fellini's 8½? Dunham's film isn't that one's equal, obviously...but frankly, I find I can relate to Dunham's personal issues more than I can Fellini's, who gets so tied up in his own private obsessions that he threatens to push the audience away.

Anyway, this was my second time seeing Tiny Furniture, and for the most part, my enthusiasm for it remains undimmed, especially seeing it at the Virginia Theatre's large screen. (Who knew Jody Lee Lipes's impeccably framed widescreen compositions could look so gorgeous?) For me, its depiction of a young adult who, after graduating from college, is struggling to find her way, remains poignant—doubly so in the case of main character Aura, who has all this privilege at her disposal and yet has no idea what to do with it, especially on the heels of a fairly useless film-studies degree. But who says this is merely an issue of privilege (examined or not)? Surely this is a crisis most of us have faced at one time or another in our own lives. Hell, I may still be in my own post-graduate delirium...but I'd like to think I'm doing a better job combating it than Aura is.


DAY THREE
45365. Actually, I skipped Bill & Turner Ross's documentary in favor of writing my never-to-be-published Ebertfest dispatch for The Wall Street Journal's Speakeasy blog...but I had seen it previously in preparation for an interview with the two brothers that actually did get published. So I'll let that interview and this extra commentary stand for a review here. Great movie. 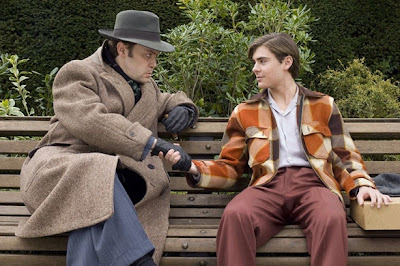 Me and Orson Welles. I did come back to the Virginia Theatre for Richard Linklater's 2008 drama, which I had not seen before Ebertfest. I had heard a lot about the film, though, particularly about Christian McKay's performance as Orson Welles...and folks, when I first heard Welles's familiar, beautifully confident baritone coming out of McKay's mouth, I was immediately stunned into submission at just how uncannily he is able to channel this larger-than-life character—or, more accurately, someone who wasn't afraid to act larger than life, to ruthless extremes.

The rest of the film isn't too bad, either. Based on a novel by Robert Kaplow, Me and Orson Welles looks at this great artist through the eyes of a brashly confident (and fictional, I assume) up-and-comer named Richard Samuels (Zac Efron), who randomly catches Welles's eye and is immediately hired to play a small role in a new production of Julius Caesar with his Mercury Theatre players, including Joseph Cotten (James Tupper), Norman Lloyd (Leo Bill) and George Coulouris (Ben Chaplin). Richard has dreams of theatrical stardom himself, and he sees this as a road to his big break. Predictably, it doesn't work out that way; Welles's ego-driven manipulations turns out to be more than he can handle. But even as this coming-of-age drama hits its familiar marks, Linklater offers us the pleasures of a lovingly detailed depiction of life in the theater: the hard work that goes into putting on a production and the joys that lie at the end of it all. You could call it an American equivalent of Mike Leigh's equally loving Topsy-Turvy (1999). And seeing some of the reenactments of the production make me think I must have missed out on one hell of a production. As Robert Schumann once said about Frédéric Chopin, "Hats off, gentlemen, a genius!" 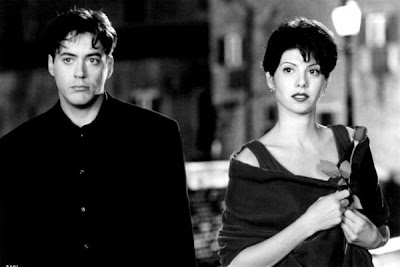 Only You. Yes, this is Norman Jewison's 1994 romantic comedy with Marisa Tomei in full cutey-pie mode and a disarmingly young Robert Downey, Jr. Who the hell remembers this movie? Apparently, as Chaz Ebert said in her introduction to the film, she and Roger wanted to program a good love story in the festival, and so they decided on this one, an out-of-left-field choice that reminded me that Ebertfest used to be called "Roger Ebert's Overlooked Film Festival." It is what it is: a sunny, fluffy throwback to 1950s Hollywood entertainments of the Roman Holiday vein, with charming leads, witty dialogue, quirky supporting characters (Bonnie Hunt does most of the scene-stealing honors here), beautiful Italy locations (shot like picture postcards by the great Sven Nykvist) and a complete lack of cynicism or condescension. As such, it's diverting...and Downey once again proves that he can do just about anything, including imbuing fresh, jittery life into formulaic rom-com shenanigans with his own distinctive vocal cadences. Does anyone else, though, find the lengths Downey goes to win Tomei over to be a bit, um, problematic—creepy, even?