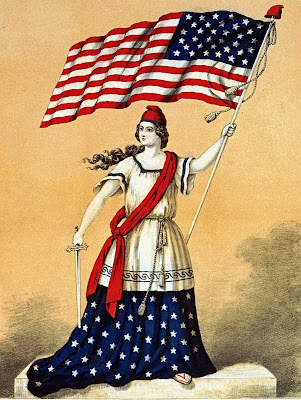 Naturally, how am I celebrating America's independence? By...working, of course! Yes, how independent of me!

Anyway, just wanted to get that out there before proceeding to my artistic consumption log for the past week. Thanks both to the New York Asian Film Festival—a cornucopia of Asian cinema, both popular and art-house, which started on Friday and runs until July 14; check out details here—and an extra day off from work because of the holiday, I saw more films than usual...and you all probably know by now I see a lot of films week-in and week-out.

Films
Pirates (1986, Roman Polanski), screened at Brooklyn Academy of Music in Brooklyn, N.Y.
★ The Tenant (1976, Roman Polanski), screened at Brooklyn Academy of Music in Brooklyn, N.Y.
★ Cul-de-Sac (1966, Roman Polanski), screened at Brooklyn Academy of Music in Brooklyn, N.Y.
Brooklyn Academy of Music screened three Roman Polanski films this past week, all of them collaborations with co-writer Gérard Brach. I wish I could say the notorious box-office bomb Pirates was some misunderstood masterwork in disguise; maybe it is (film critic Fernando F. Croce has a somewhat persuasive defense of it here), but, despite moments of subversive humor, one gross-out scene involving rats being served as food, and an unexpectedly downbeat finish, I found myself too bored by it to work up much enthusiasm either way. But The Tenant, with Polanski himself playing a character gradually going nuts in his new Paris apartment, suggests the kind of feverish psychological thriller Darren Aronofsky was trying for in his own crude, blaring way in Black Swan. As for Cul-de-Sac...well, in some ways it may be even more unsettling than The Tenant, if only because of Polanski's refusal to fully connect the psychological dots; it's also much funnier and more insinuating. Cul-de-Sac will be released on video by the Criterion Collection in August, so viewers will have a chance to see this seemingly forgotten gem.

10th New York Asian Film Festival, all films screened at Walter Reade Theater in New York
★ Sell Out! (2008, Yeo Joon Han)
★ Milocrorze: A Love Story (2011, Yoshimasa Ishibashi)
I'll say more about these two in a future New York Asian Film Festival round-up. For now, I'll say that while I think Sell Out!—a nasty Malaysian satire of capitalism, interspersed with musical numbers and a lot of filmmaking jokes—is the richer of the two, both exemplify the kind of impassioned, go-for-broke pop filmmaking that I wish I saw more of here in the U.S.

★ Duel to the Death (1983, Ching Siu-Tung)
★ Karate-Robo Zaborgar (2011, Noboru Iguchi)
Ninja Kids!!! (2011, Takashi Miike)
Again, I'll save detailed thoughts on these three in a future New York Asian Film Festival round-up post. One thing I'll say for now about Duel to the Death is: I would strongly advise first-time viewers to go into this film without any expectations of encountering a plot that you can actually follow. Or at least, I had trouble following the details of it. Forget about those literary qualities, though; just bask in the glories of its wu xia action, which, in its ceaseless, manic invention, outdoes even King Hu's A Touch of Zen (1971) in the exhilaration department. And its final showdown truly is one for the ages.

★ Blessed (2011, Lucinda Williams)
Because of my recent Youssou N'Dour explorations, I put aside my Lucinda Williams listening explorations for a while and only returned to the great country singer's music this week, when I finally listened to her most recent album. Is it just me, or does the heavy Southern drawl she spotlights throughout Blessed seem more mannered this time around than it has in her previous work? Not that it's a dreadful bother or anything, but it's more noticeable here than I remember it in even West (2007) and Little Honey (2008). Anyway, I don't think Williams has ever put out anything less than a solid album, and while this one is more of a mixed bag than those aforementioned recent two, even the weaker songs still have an attractively low-key, world-weary vibe that makes them at least listenable. And has she ever been as tender as she is in "Kiss Like Your Kiss," the album's wonderful final cut?
Theater
★ The Normal Heart (1985, Larry Kramer), performed at the John Golden Theatre in New York
Larry Kramer's prosaic, angrily polemical 1985 stage drama ends where Tony Kushner's poetic, spiritually striving Angels in America would later begin as far as portraying the effects of the AIDS crisis in the U.S. is concerned. Still, after a clumsily written opening scene of exposition, Kramer manages to infuse his political anger with enough of a sense of personal inquiry that The Normal Heart ends up working—powerfully, in fact—as human drama, too. I've never heard so many sniffling theatergoers around me as I did at the John Golden Theatre towards the end of Thursday night's performance; I wasn't among them, but that's not to say that I didn't feel that sense of a heart swelling with emotion inside me.

Dance
★ Swan Lake (2000, Kevin McKenzie), performed by the American Ballet Theatre at the Metropolitan Opera House in New York
Speaking of Black Swan...there are no White or Black Swans in Kevin McKenzie's version of this popular, Tchaikovsky-scored work, and no heavy psychological anguish. Instead, there is a marked emphasis on grace and fantasy—seen not only in McKenzie's choreography, but especially in Zack Brown's wondrous sets and costumes—that successfully draws you into an enchanting world of its own. In general, I found this to be an elegant and thrilling production, possibly the best thing I saw this spring season at the American Ballet Theatre.
Posted by Kenji Fujishima at 7/04/2011 09:00:00 AM