Lost in the Hurricane Sandy Shuffle

BROOKLYN, N.Y.—Two film criticism-related things on the personal end got lost earlier this week amidst the Hurricane Sandy mess. 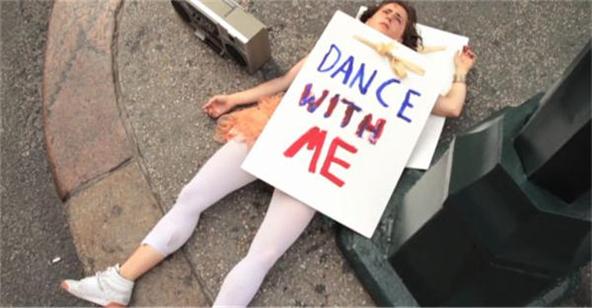 First: my review of Girl Walk // All Day, which begins a week-long run Sunday at the newly reopened reRun Gastropub Theater in Brooklyn. For those who don't live in New York or simply don't want to pay to see it, you can technically see the whole 77-minute film here. But Jacob Krupnick's film is great enough that it deserves to be seen on a big screen, if possible.

Second, a bit of personal news: I have agreed to take on editor-in-chief duties of the film- and music-review website In Review Online from its creator/now-former editor-in-chief (and current Brooklyn roommate) Sam C. Mac. I had made a resolution at the beginning of this year that I would somehow shake myself out of the routine I felt I'd been falling into professionally and personally speaking, so when Sam asked me if I would be willing to help keep his site alive as he focused his energies on other projects, I figured this was as good an opportunity as any to make good on that resolution. I've never been in charge of an entire website before—even at Rutgers, during that one year I was film editor for the weekly entertainment section of The Daily Targum, I didn't play the role of the, uh, "head honcho," so to speak. This, then, will be a fresh experience for me, made possibly more challenging by the fact that I'll still be juggling my day job at The Wall Street Journal while doing so. Nevertheless, on the much-bandied-about theory that one needs to push oneself out of one's comfort zone every once in a while if one has any shot of getting anywhere in life, I'm looking forward to taking on these challenges head-on and hopefully elevating Sam's already very fine site to even greater heights...