EAST BRUNSWICK, N.J.—It is now official: Next month, from Monday, May 10 to Monday, May 17, I will be taking my first (and hopefully not only) vacation trip of the year. 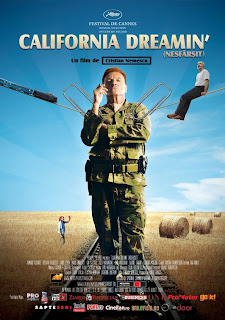 Haha no, I'm not going to Romania. I'm going to California!

In all of my 24+ years of living on this earth, I have never, ever been to the Golden State. Well, I guess that technically isn't true: I've been to Los Angeles International Airport as a stopover between flights in traveling overseas, but I have never ventured outside of the airport. Now, from May 10 to May 17, I will.

There is no special purpose for this trip, really: This is strictly for tourist-y pleasure. I've always wanted to visit California—as a movie buff living on the other side of the country, how could you not? But only this year did I resolve to finally take the plunge.

I wasn't entirely sure if this trip was going to happen this year. Everyone and everything I consulted—from a high-school friend who used to live in California, to the used Lonely Planet California book I bought in January—was strongly suggesting that it'd be far better to rent a car instead of relying on public transportation to get me around, at least in the big cities. But I had not realized that most car-rental companies required a minimum age of 25 order to be able to use one of their vehicles. When I discovered this, I was initially figuring that it might be best to put this off for another year...until a hometown friend of mine, who will be turning 25 next month, expressed interest in tagging along.

$717 or so later—my friend and I reserved an airplane + hotel + car package online, so that price is not just for flying there, in case you were wondering—I'm making that 2010 resolution a reality!

Now, of course, comes the difficult part: What are we gonna do during our week there?

That's where all of you fine readers of this blog come in. Sure, I plan to consult that Lonely Planet book for suggestions and all...but, in addition, I'm opening up the comments section of this post and soliciting advice from anyone who has any to offer on what I should see and do in California. Best parks? Best restaurants? Best movie theaters? Best beaches? It's a huge state, and the possibilities are endless; help me narrow them down, please!

I'd even be open to suggestions as to what kind of music I should listen to in order to get me in the proper California mood...or even what movies to watch—of which, I'm sure, there are legion. (Maybe it's time to finally devote another three hours re-watching Thom Andersen's Los Angeles Plays Itself via that file I downloaded via BitTorrent a while back.)

If anyone wants to submit any pieces of advice about my upcoming California trip privately, feel free to email me at kenjfuj@gmail.com.

Finally: I tried to throw a curveball with the graphic above that introduced the revelation of my California trip. I haven't seen the late Cristian Nemescu's Romanian comedy California Dreamin' (2007), but I figured it'd be an unexpected choice compared to the way I was originally going to make the reveal—with this video:

Hmm that’s great for choosing California for vacation. In California you can find lots of famous places just like Los Angeles, San Diego and San Francisco are the top tourist destinations in USA which are prominent all over the world.
Moreover, I’d like to recommend another great place which I love to see every time called Luray, VA, USA. There are lots of beautiful places for visiting especially Shenandoah National Park which is the main tourist attraction.