Image for the Day: The "Autumn Is Here" Edition 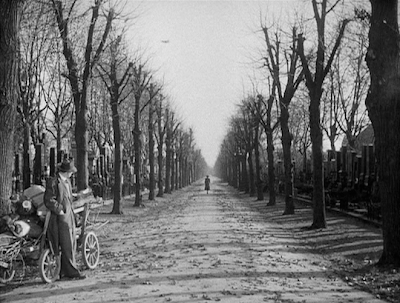 Just because it finally actually feels autumn (last week, despite it being officially autumn, there were days that felt as humid and muggy as a regular summer day), and the first thing that popped into my mind when thinking about autumn was the beautifully resigned final shot of Carol Reed's The Third Man (1949). There's not only a literal chill in the air in that shot, but a human one—fitting for a noir about the depths of human evil and the wreckage that lies in its wake.