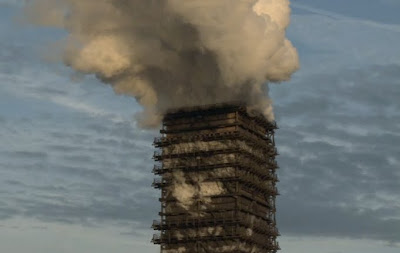 I had never seen a film by avant-garde filmmaking legend James Benning until seeing his latest film, Ruhr (2009), on Friday night as part of the New York Film Festival's Views from the Avant Garde sidebar (which ran from Thursday to Sunday, I believe). I fell so much in love with the film that I decided, after some initial reluctance, to offer a few words about it as part of The House Next Door's ongoing NYFF coverage. So here it is.

I do hope this gets some kind of theatrical release in the near future; it's that damn good. In the meantime, I am eagerly awaiting an opportunity to acquaint myself with Benning's previous work; if they're half as enlightening and beautiful as Ruhr, then he may well be on his way to taking a place in the pantheon of filmmakers important to me personally.
Posted by Kenji Fujishima at 10/04/2010 10:30:00 PM