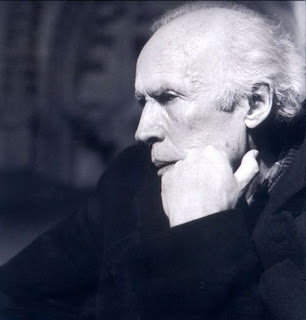 Eric Rohmer, one of the founding fathers of the French New Wave, has died.

Perhaps I'm not as qualified to say much about this legendary filmmaker as my older and more experienced peers; I admittedly haven't seen all of his films beyond the six Moral Tales and his wonderful last feature, The Romance of Astréa and Celadon (2007). Still: what an amazing bunch of films!

One of the things I value from the best filmmakers is the kind of empathetic awareness of human foible that Rohmer seemed to always exude even when his characters could sometimes drive you up the wall with the intellectualizing of their innermost faiths and passions. But that, of course, was Rohmer's great universal subject, at least judging by the films of his I've seen: the distance between intellect and passion, between what one says and what one thinks. Despite films like My Night at Maud's (1969) and Love in the Afternoon (1972) being among the ones lumped under the "Moral Tales" moniker, they were never simplistic or facile in their morals; Rohmer's gaze was by turns ironic, affectionate, detached and exploratory, but above all, it was remarkably alert to the sometimes problematic ways we human beings try to reconcile the warring factions of heart and mind. Even his films themselves embody this dialectic to their very core: talky and intelligent, yes, but also aesthetically beautiful to behold (witness Nestor Almendros's lustrous color photography in Claire's Knee (1970) and Diane Baratier's in Astréa and Celadon for remarkable examples).

Rohmer's profound wisdom is sorely missed in much of modern cinema. Let's not forget his shining example. As for me, I now have more of a resolve to learn as much from him about the human experience as possible through his other films.
Posted by Kenji Fujishima at 1/11/2010 03:26:00 PM