New York Film Festival 2011: The Student and This is Not a Film 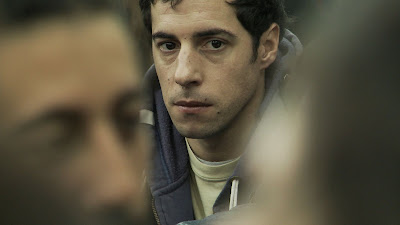 I didn't have much of an idea going into Santiago Mitre's The Student what I was in for; heck, I didn't even have much of an idea of what other critics were saying about the film, if anything. Turns out, this is a reasonably engaging political drama from Argentina that manages to yield some dividends with its college-as-microcosm-of-Argentinian-politics conceit. It's a solid piece of work overall—as I try to suggest in my latest House Next Door New York Film Festival dispatch. (It screens on Saturday, Oct. 8, at 12:30 p.m. and Wednesday, Oct. 12, at 6 p.m., if any of you in the tri-state area are interested in checking it out.) 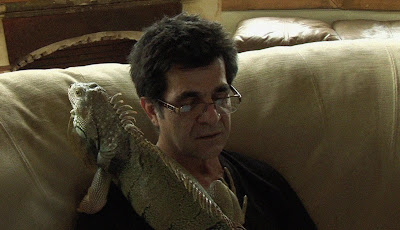 Also, I'd be remiss if I didn't mention this in passing: Yesterday, I saw what I would probably consider my favorite film of the festival up to this point: This Is Not a Film (2010), the recent collaboration between Jafar Panahi and Mojtaba Mirtahmasb done while Panahi was still under house arrest and awaiting what would eventually be his sentence to six years in prison and 20 years banned from filmmaking. It's a documentary that doubles as a richly self-reflexive piece of cinema—but, like fellow Iranian filmmaker Abbas Kiarostami's great Close-Up (1990), it balances intellectual concerns with real, heartfelt emotion. The result is a heartening middle finger to a repressive regime and a deeply moving personal testament of an artist maintaining his humanistic stance even in the midst of imminent imprisonment that threatens to completely silence his voice. (Even the story of how the film was smuggled out of Iran is inspiring, being that it was smuggled in a USB drive hidden in a cake.)