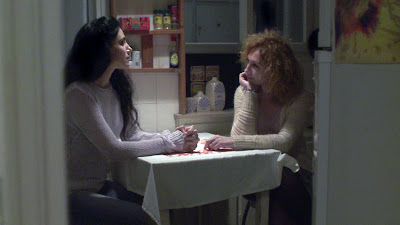 My latest review for Slant Magazine is of an Israel film called Invisible, which is currently playing in a week-long theatrical run at the Museum of Modern Art here in New York. For me, this was one of those cases where a film improved for me in hindsight as I was writing up a review for it compared to the mixed reaction I had right after I finished watching it. If any of you in New York do get around to seeing this, I'd certainly love to discuss the implications of its final scene—especially its final cut to black—which was the main source of my initial doubts.
Posted by Kenji Fujishima at 7/10/2012 09:00:00 AM