BROOKLYN, N.Y.—I know I haven't been nearly as prolific with posts on this blog as I had been before, oh, December...but this week, at least, I have an excuse!

That excuse, in this case? Illness.

In the midst of seeing—fittingly, perhaps—Fritz Lang's The Big Heat at Film Forum on Saturday, I started feeling a chill throughout my body that had nothing to do with the film itself (although, make no mistake, for those who haven't seen that classic film noir, the film has plenty of bone-chilling moments). That chill persisted even as a friend and I made our way to Jersey City that evening to check out the still sexually provocative Baby Face (1931) at the dazzlingly restored Landmark Loews Jersey Theatre. You should have seen me sitting in that theater, wearing my beret and a scarf to keep me warm while watching Barbara Stanwyck sleep her way to the top of the business ladder.

Despite still feeling some aches in my leg muscles the next morning, I foolishly decided to work anyway...and was then promptly sent home by my boss, who told me not to come back until I felt better. The next three days have seen me basically either lying in bed, sitting slack-jawed in front of my computer, making occasional trips to the nearest bodega to buy some soup and just basically wasting away, torn by a desire to be productive and the knowledge that I should probably rest as much as possible. During those days, my body temperature varied from 99.4°F on Sunday, to around 100°F on Monday, up to 101.7°F on Tuesday, then back down to 99.5°F on Wednesday.

Yesterday, I woke up and checked my temperature, and hurray: 98.6°F! Could it be? After all this time, and a certain amount of frustration, could my fever have finally dissipated? I felt good enough this morning that I figured I probably could come into work, and my boss told me that, based on what I described about my conditions, it was probably safe for me to come in. But I am by no means back to 100% health; a cough still persists, as does nasal congestion and a sore throat. I still sound pretty sick, most people in the office told me yesterday. And I still felt some of those chills. It's making me wonder whether I should have come into the office in the first place.

In any case, it's looking as if the better option for me this coming weekend—a three-day weekend for me, because I decided to take off for Superbowl Sunday—is to just lie low and recuperate. And since that means I probably won't be going out much, I figure I might as well just go back to my parents' home in East Brunswick, N.J., to regain my strength.

So I haven't been able to work up much energy to do a whole lot this week, including posting stuff on this blog. Hopefully I'll be back to some kind of healthier form next week...because, really, there is a lot of exciting stuff for me in the horizon that I'd like to share with you all.

Until then, though...well, happy Chinese new year! It's the year of the rabbit! 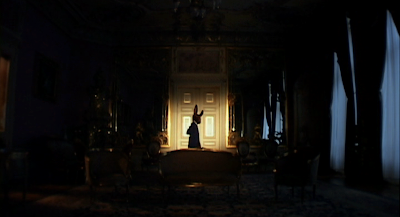