EAST BRUNSWICK, N.J.—And thus ends my four-day weekend of cinephile catch-up, in which I saw all good-to-great movies and no clunkers in sight. 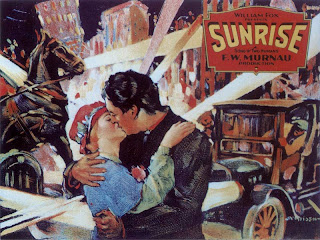 One of them was perhaps what one might call a deeply spiritual experience: I had seen F.W. Murnau's Sunrise (1927) in a film class at Rutgers, and was certainly impressed by it...but seeing it again in a brand new 35mm print at Film Forum on Saturday nearly brought tears to my eyes at a couple of moments, most memorably during the scene where the nameless husband and wife—after the husband has tried to murder his wife and lost his nerve—reaffirm their love for each other at a city church during another couple's wedding. Overall, though: such overflowing visual invention (even in 2010, Murnau's expressionistic imagery remains as fresh as ever), such profound depth of feeling, such sheer thirst for life and living! Even though I had seen the film once before, I felt like I was seeing it with new eyes, one more alert to the world around me than the moviegoer I was during, say, my junior year of college.

Once again, repertory cinema does me good...very good.

If any of you haven't seen this classic of American cinema, then you really owe it to yourself to do so immediately. It's just beautiful. And, oh yeah, fuck Tom O'Neil for dissing Sunrise a couple of years ago at the Los Angeles Times.

The other films I saw theatrically this weekend, in rough order of preference:

I've already had my say on Close-Up and Bluebeard here; I aim to say more about the other three soon enough. For now, though: How about some more photos?


***
I've still been working on-and-off my treatment for that film I'm hoping to make, so I haven't even gotten started on writing a script for it yet. On Saturday, however, I decided to take a few snaps of locations I'm thinking about using in this film. I'll share those photos with all of you here; maybe this will give you all at least a sliver of an idea as to what I have in mind for this project. 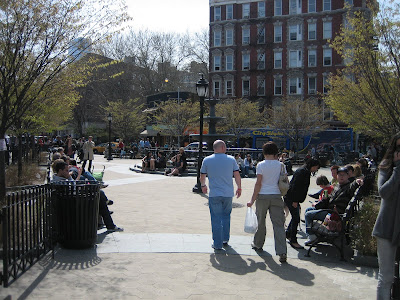 Across from Father Demo Hall is Father Demo Square, which offers plenty of benches on which to sit—and, if you're single and alone like myself, to people-watch. 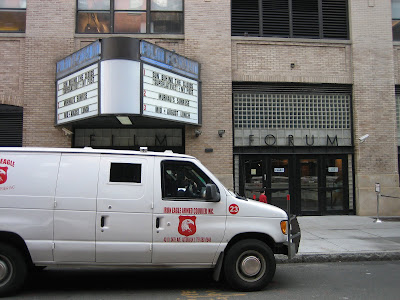 For those who have never been: This is Film Forum. (Sorry about the truck obscuring part of the view, though really, it ain't obscuring much.) 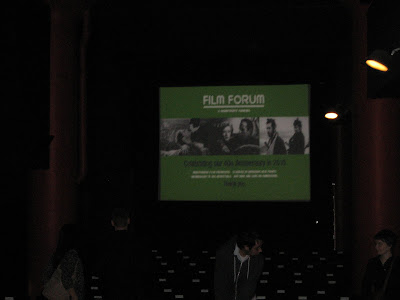 One of the Film Forum screening rooms—the one in which I saw the new Sunrise print, in fact 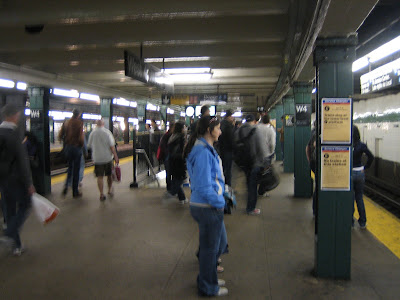 Down in the W 4th St. MTA subway station waiting for an A, C or E train 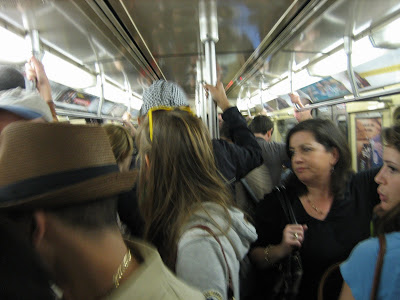 Yes, Duke Ellington, I took the A train. And the train car I was on was packed. Can human connections be made in packed train cars, however?
Posted by Kenji Fujishima at 4/05/2010 12:01:00 AM