Brooklyn: The Borough that Bloomberg Forgot?

NEW YORK—Four views from the intersection of Kingston Ave. and St. Johns Place in my Brooklyn neighborhood: 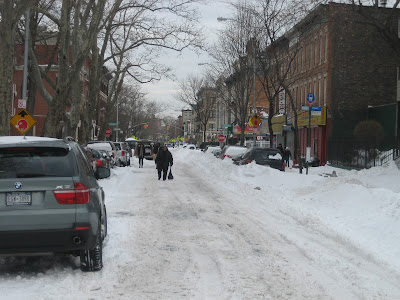 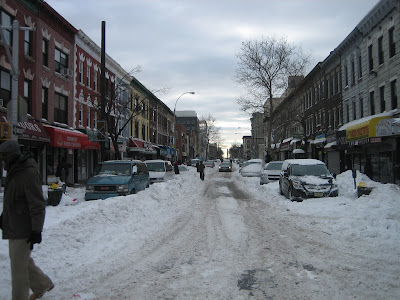 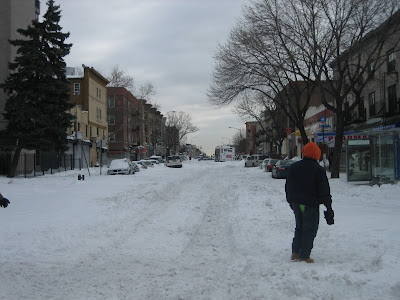 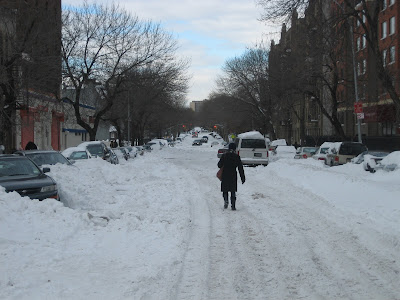 Admittedly, a good amount of the snow you see on these streets was cleared away today, so this intersection doesn't look nearly as, well, apocalyptic as it did both yesterday and the day before. Nevertheless, there are still many side streets that, as of this morning anyway, were still buried in snow. This is just the tip of the iceberg.

The blizzard was more or less over by early Monday morning...and still there are whole neighborhoods in the outer boroughs of New York City that are reportedly blanketed in unplowed snow.

But, of course, Manhattan streets are, save for a few annoying puddles of slush, relatively free of white stuff on the ground...because hey, Times Square needs to be cleaned up as soon as possible for New Year's Eve festivities Friday night!