BROOKLYN, N.Y.—A blizzard is raging in Brooklyn right now, and is forecast to continue 'til tomorrow. (Apparently this is more than a blizzard, though; there were reportedly flashes of lightning in the sky at certain points in the afternoon. Thundersnowstorm, anyone?)

I was thinking of braving the elements this afternoon to finally see The Fighter at Brooklyn Academy of Music; I mean, it's not like I have to drive a car to get there. But one look out my window at about 6 p.m. convinced me to not even bother. It's utterly nasty out there.

So, right now, thanks to this latest installment of Snowpocalypse 2010, I'm in the room in my Brooklyn apartment—just me, my MacBook and a radio that is now turned off after hearing the New York Giants embarrass itself against the Green Bay Packers this afternoon. (I'm not a Giants fan, though, so I could care less. The New York Jets are in the playoffs despite losing against the Chicago Bears earlier in the day; that's all I care about.)

I also have these snowy, dreamy images to warm my thoughts: 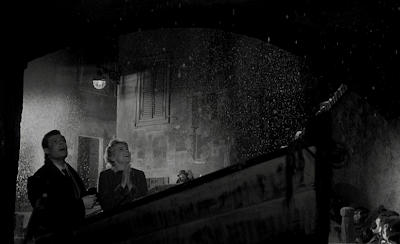 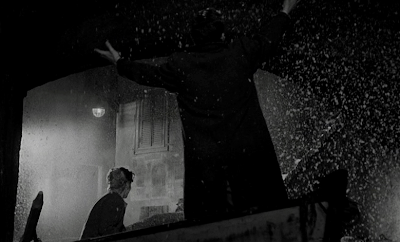 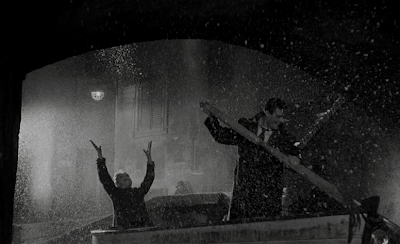 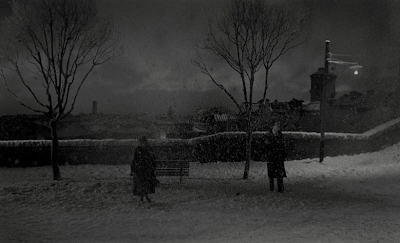 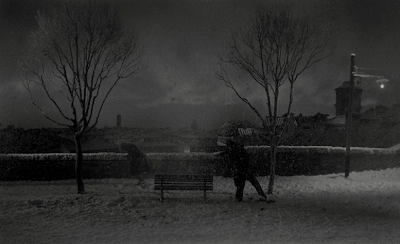 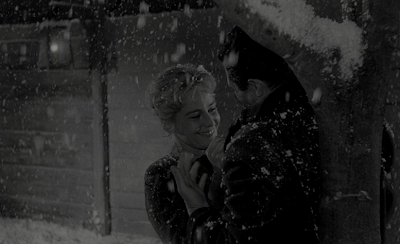 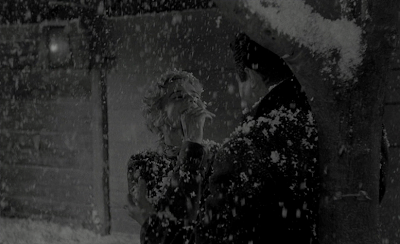 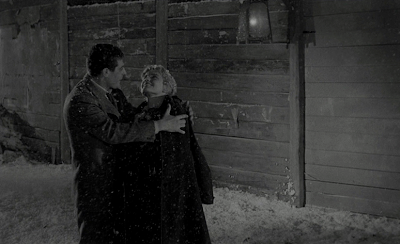 Who knew snow could be used to such powerfully romantic ends as Luchino Visconti, with the help of cinematographer Giuseppe Rotunno, used it in White Nights (1957), his glorious adaptation of Fyodor Dostoyevsky's famous short story of the same title? And yet here is Marcello Mastroianni and Maria Schell, playing two lonely souls who achieve a (it turns out, tragically temporary) moment of connection crystallized by the snow that suddenly falls on them.

This is the kind of film that I could close my eyes, conjure up in my mind and dream to all day and all night. It never fails to make me swoon (especially as a single guy like myself with romantic desires of my own). Really, what more could you want out of a movie...especially on a, um, "white" night like tonight?
Posted by Kenji Fujishima at 12/26/2010 08:30:00 PM