Football Vs. Football, or It's All About Anticipation 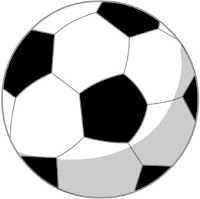 This past Saturday, in between sleeping through Restrepo and marveling at the balletic action choreography of Eastern Condors, I met up with an old Rutgers buddy and some of his friends at a bar in the Lower East Side to watch some of the USA vs. Ghana World Cup soccer match. The USA had made it to the Round of 16 and was fighting to stay in the tournament. And for once, I actually found myself giving a damn.

I hadn't followed all the World Cup action from four years ago, and when this year's tournament began, I anticipated paying equally little attention. But don't discount the fever, however mild, one can develop when you're in a newsroom as part of your day job, as I am. (No, my friends, we do not just have FOX channels on our TVs; we're not that rigidly indoctrinated!)

The one snag about watching World Cup games—or any sports events—at my job, though, is that we can't turn on the sound; hey, editors need to be able to edit in (relative) peace! So the USA/Ghana game this past Saturday was the first time since watching 10 minutes of soccer action the first day that I watched the game with the sound on. (And yes, the sound of the crowd in the bar drowned out the sound of those ever-buzzing vuvuzelas quite nicely.) It was also probably the first time I had actually sat down to watch a sustained bout of soccer action, rather than just glancing at a TV screen every once in a while to see if someone had scored a goal.

And you know what? While watching part of the game (which USA ended up losing, alas—though I left after Landon Donovan had scored the tying goal on a penalty kick, so I left on a high note), I started to wonder: Why do Americans think this game is boring again? Because I sure don't! 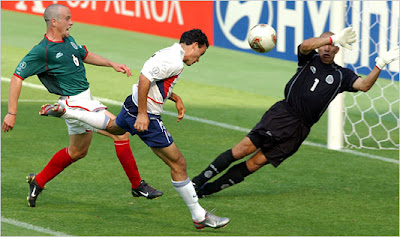 (Photo credit: Vincent Yu/Associated Press)
Sure, the wait time between goals scored may be long. And in some cases, neither team may score anything for 90-some minutes. But the suspense in between it all can be electrifying—even more so than that popular American sport known (maybe a bit misleadingly) as football.

In football, timeouts come fairly often, so that two minutes of football time can technically take up five minutes or more of real time. Not the case in soccer; once the clock starts, it doesn't stop until a given half is over. That, to my mind, makes it more consistently gripping than football. Football games can have its dull stretches if the defenses on both teams are so tight that neither team scores for long periods of time; soccer games may feature opposing teams playing 90+ minutes of scoreless ball, but, because its quicksilver changes of possession, the game ends up feeling more like a seesaw constantly on the threat of tipping over until someone finally kicks a ball into a net.

And while in football, there are different ways to rack up points—touchdowns, field goals, safetys, etc.—in soccer, there's only one way (as far as I know) to score: get a ball past a goalie into a net. However a team gets close to the net, whether by team effort or via an opposition's penalty, that's the one chance a team has. Thus, you can sense the anticipation in a crowd every time a team gets close to an opposing goalie...or, at least, I felt that anticipation often in the crowd with which I watched the USA/Ghana game. 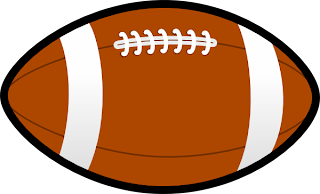 But okay, comparing soccer to football may be an apples-to-oranges thing, even if soccer is internationally known as "football." Fair enough. But when I read an editorial like this one from Richard Greener over at the Huffington Post that suggests that most Americans don't like soccer in preference of a sport such as football because it doesn't have enough action, I furrow my brow in confusion. What do you mean by "action"? Lots of scoring? Then baseball can sometimes be just as "boring" if both pitchers are having really good days and are striking out hitters left and right; hockey can be just as "dull," notwithstanding the occasional bloody dust-up; and football can have its snoozers, too, if both defenses are giving their all and the quarterback and his offensive line are getting nothing going on the ground. 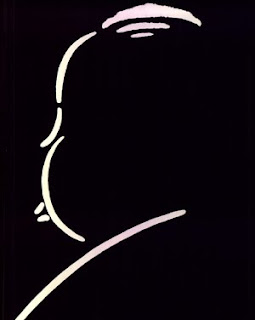 Maybe it's just a matter of taste, really. As a moviegoer, I've increasingly found myself to be the type of viewer who is less interested in "action" and more interested in what goes on in between action. To borrow Alfred Hitchcock's famous "bomb theory" of suspense: Don't give me the bomb going off, give me the anticipation of one going off. In that respect, soccer, I discovered on Saturday, suits this spectator quite nicely. Yes, there is "action" in soccer, but it is all in the anticipation...and, of course, in the fancy footwork.


***
Anyway, today begins the World Cup quarterfinals. I'll be out pretty much all day in New York movie-hopping (tomorrow, a friend and I are planning on seeing a local production of the musical 1776, so I'm squeezing in all my New York movie-watching today), so I won't have an opportunity to watch any of the games. Alas, now that the two teams in which I had a rooting interest, USA and Japan, are both out...well, what nation is left to root for? Ideas, anyone?
Posted by Kenji Fujishima at 7/02/2010 12:01:00 AM

It's because I'm interested in what happens between action that I can't get into soccer. I love sports, and I appreciate the athleticism and precision required for soccer, but when scoring isn't occurring in soccer (which is most of the time), how do you describe the action? That's what I love about baseball and, to a lesser extent, American football. Even when nothing is happening something is happening; that is, even if a team isn't scoring, you can still describe what happened. In baseball, if someone didn't score, they either made an out or didn't, put the ball in play or didn't, hit a single, double, triple, walked, struck out, reached on an error, grounded into a fielder's choice... and in American football, even when scoring isn't happening, a team gained/lost a certain amount of yards, the pass was incomplete, the quarterback was sacked, etc... you can quantify the games, and there's always a set purpose and a meaningful goal. My problem with Soccer - and it's the same problem I have with hockey and, to a much lesser extent, basketball (which I enjoy - but scoring always happens in basketball) - is that when a team doesn't score it's people running back and forth on a playing surface.

Still, there's no denying a good soccer match is as exciting as anything you can name. But the game itself, I'm not so crazy about.

Good points, all. Guess I just had the good luck of catching a good soccer match last Saturday, because I was gripped by pretty much every minute of what I saw, enjoying the back-and-forth feel of the game. Sure, in between goals it's just players kicking a ball around...but every time one of them kicked or headbutted a ball to an opposing player, I held my breath; and every time a player got close to an opponent's goal, that anticipatory feeling intensified. Maybe being part of a crowd helped too.

And of course all of this doesn't mean that I don't enjoy other sports any less. (I still think baseball is a sport that, for this particular layman, gains a lot from being seen up-close and with knowledgeable announcers—but then, it's been years since I've been to a ballgame, so maybe I need a refresher in the pleasures of seeing a baseball game live.)