EAST BRUNSWICK, N.J.—Every once in a while, in my music-listening explorations, I'll come across a piece of music that I recall hearing in a film I saw somewhere but remained unknown to me until hearing it at that moment—and that recognition would trigger a feeling of exhilaration along the lines of, I didn't know that was the piece of music used in such-and-such film! Awesome! 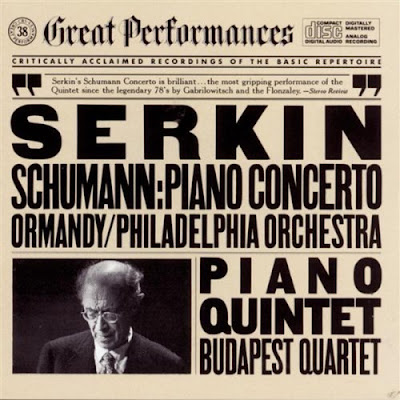 I experienced a moment like that a week ago while listening to a 1963 recording of Robert Schumann's 1842 Piano Quintet, with pianist Rudolf Serkin playing with the Budapest Quartet. I was hearing the work for the first time...or so I thought.

The second movement of the work begins with a solemn C minor funeral march that stands in marked contrast to the whirlwind close of its first movement. But then...wait a minute...what's that I hear in the movement's ethereal second subject? Could it be? Yes, yes it is...


It's the chamber music that so delicately opens Ingmar Bergman's 1983 masterpiece Fanny and Alexander, as Bergman literally draws a curtain open into the life of the Ekdahl clan, especially through the eyes of the titular two children. For some reason, I had always believed this was simply "the music from Fanny and Alexander"...and then, upon hearing Serkin and the Budapest Quartet perform this Schumann work, bam! Shivers of recognition running up my spine.

It was a beautiful feeling—hearing music that I realized I had heard only after I had heard it.

(Oh, and even before I saw Fanny and Alexander, I heard this piece of music in the context of Michael Winterbottom's Tristram Shandy: A Cock and Bull Story (2005)...though the less said about its sophomoric appropriation in that film, the better.)

Of course, this wasn't the first time I had such a musical encounter. 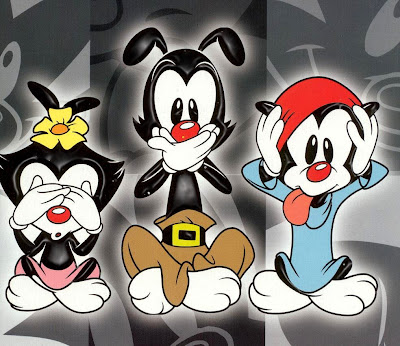 For example, the late Richard Stone—a composer who scored many of the 1990s Warner Bros. television cartoon series I loved growing up, including Tiny Toon Adventures and Animaniacs—would every so often use a selection of Johannes Brahms's famous heroic big tune of the finale of his First Symphony in his various cartoon scores...and I didn't realize it until I finally heard Brahms's First Symphony in high school and had my eureka moment. (Not that that was a fresh stylistic trope; Carl Stalling, who famously scored a lot of Warner Bros. cartoons in the '40s and '50s, often incorporated music by Rossini, Chopin, Rimsky-Korsakov and others into his musical accompaniments for the adventures of Bugs Bunny, Daffy Duck and the rest. The difference is, I was fully aware of Stalling's homages at the time.)

Jean-Luc Godard famously peppers his films with all sorts of allusions to popular and classical music. In Two or Three Things I Know About Her (1967), for instance, Godard randomly uses snatches of Beethoven's string quartets...but only after listening to this complete box set of Beethoven string quartets was I able to put names to the seductive musical bits on the soundtrack. (I don't think it's absolutely necessary to know that it's Beethoven you're listening to on the soundtrack; the music's intimate grandeur speaks for itself. But it enriches your experience of the film quite a bit if you are aware.)

But it's not just classical music, of course. 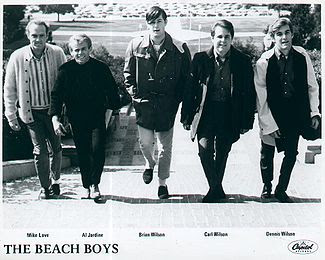 So when I heard their song "When I Grow Up (To Be a Man)," from the group's 1965 album The Beach Boys Today!, I immediately recognized it from Look Who's Talking (1989), not having realized that director Amy Heckerling had used more than one Beach Boys song on the soundtrack (I had already known that "I Get Around" accompanied the film's opening-credit insemination).

And the song that plays over the million reconciliations at the end of Love Actually (2003)? "God Only Knows," from Pet Sounds, of course...though I didn't realize it 'til I finally sat down and listened to the complete album recently.

It's a familiar enough experience to watch a film or TV episode and get excited when you hear a piece of music you know and possibly love being used in a fresh context. But what about the tingles of excitement you might feel when you recognize a piece of music that you then realize you had already heard before without knowing back then what it was you were listening to? To me, such moments carry a kind of excavation-like thrill—as if you've happened upon a long-lost artifact in your own mental artistic landscape.

Does this feeling sound familiar to you, dear readers? (Or does this whole blog post merely expose how catching up I need to do in my knowledge of classical and popular art—a fact that was only emphasized yesterday with the passing of cartoonist Harvey Pekar (RIP), who I know only from the excellent 2003 film American Splendor?)
Posted by Kenji Fujishima at 7/13/2010 12:01:00 AM

OMG The exact same thing happened to me just yesterday regarding the same Schumann piece and Fanny och Alexander! I love it when that happens!